I was young then, more young than I am twice as old now. Every tree I owned was planted in the original Display Garden, but that wasn't much. Every tree was watered by me with a hose, all through the summer, as I had no money for an irrigation system. Everything was a source of scions or cuttings because I was going to…start a nursery…I guessed. Believe me, there was no master plan. Nothing was run past the banker or accountant, because then, neither existed.

In spite of the hurdles and challenges, many years have passed, and this afternoon I look out of the office window, out into my first garden. (See Flora Wonder Display Garden 2004 photo at the top of the page) Many plants have come and gone. The goners were blown over by vicious windstorms, or suffered from hard frosts, or in some cases sold to the highest bidder. But just in the last few months we have added another 50 or so. Imagine a nursery, now with thousands of species and cultivars, imagine the great choices of maples, conifers, deciduous and evergreen trees and shrubs--a dream pallet it is. Odd, but almost true, is that a nurseryman can't decide what to plant, because there are far too many choices. But at least I now have an irrigation system in place.

Let's consider a few of the recent additions. Acer palmatum 'Amagi shigure' is a spectacular cultivar, and can be compared to my own Acer palmatum 'Purple Ghost'. The former, however, is a red color more light and bright than the dark black-red of 'Purple Ghost'. 'Amagi shigure' is not as vigorous as 'Purple Ghost', and performs best when given afternoon shade. Both cultivars are a vast improvement over the quick-to-fade and sprawling cultivar, Acer palmatum 'Kasagi yama', while all three display interesting reticulation--the prominent veins that add additional color and depth to the foliage.

I've seen 'Amagi shigure' myself in Japan, and I am positive that I grow the correct plant. In Yano's Book for Maples (which was poorly translated, and should have been "Book of Maples") there is a nice photo on page 88. Sadly, in the Vertrees-Gregory, Japanese Maples, 4th edition, 'Amagi shigure' is described as a green semi-dwarf tree, with the name meaning "soft drizzle." That sounds like 'Amagi shuri', which we also grow. The confusion is understandable, while I hope to suppose that most Timber press publications are mostly correct. But why then is the photo of 'Amber Ghost'--on the same page (86)--my image, not Gregory's, while I'm given photo credits elsewhere, undeservingly? I have personal experience with publishers who can't stand nit-pickers: they bristle if someone points out errors. But why not pass the draft around first, and take care of the obvious errors? The answer to that is: details cost money. Anyway, 'Amagi shigure' is the red maple that you want, and that you need.

Another new maple in the Display Garden is Acer palmatum 'Manyo no sato', distributed by Tsukasa Maples near Tokyo, Japan. This colorful dwarf-upright tree has unusual sickle-lobed narrow leaves that are colored plum-red (to even a brown-red). On lobe tips and margins is vivid lime green. The total effect is very unusual, and this new cultivar draws immediate attention. 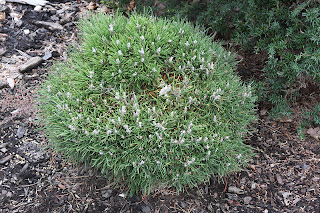 Consider the ground-hugging mini mound, Pinus uncinata 'Krauskopf'. The name is German for "curly head," as the small green needles have a noticeable twist. The small candles are white, giving this dwarf a sparkling appearance. Pinus uncinata and Pinus mugo are closely related, and they do hybridize in the wild. One difference, though, is that uncinata forms a much larger tree. In spite of that, Pinus uncinata 'Krauskopf' is more dwarf and far more choice than Pinus mugo 'Krauskopf'. So, there has to be a mugo with the same cultivar name? Apparently so, assuming the nomenclature is correct. The photo of mugo 'Krauskopf' was taken at Porterhowse Arboretum, and the tree was about ten feet tall. Neither of the two "curly heads" is mentioned in the 1985 English-language Manual of Cultivated Conifers by Krussmann. Another dwarf pine is Pinus parviflora 'Miyoi'. It forms a neat dense bun with short silver-blue needles. This miniature is perfect for a rock garden, and looks fantastic in our pumice planters. It looks similar to Pinus parviflora 'Kinpo', although 'Kinpo' has a more irregular habit. 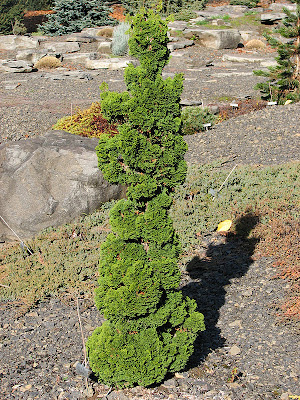 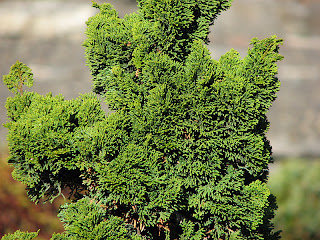 Now, two miniature hinoki, Chamaecyparis obtusas 'Bess' and 'Green Cushion': they are very different, although both grow only an inch or two per year. 'Bess' is a narrow upright with very rich-green foliage. Everybody loves my largest specimen, approximately 30-40 years old, given to me by the kind John Mitsch. 'Green Cushion' forms a flattened globe, and is similar to a number of others, such as 'Densa' or 'Hage'. But I like the texture and color of 'Green Cushion'. Now, picture these two together, perhaps with one 'Bess' with her flock of 'Green Cushions', or one 'Bess' with a group of golden 'Butterballs', or a grouping of 'Bess' etc. By the way, 'Bess' was named by Joe Reis for his wife Elizabeth, who was known as "Bess." 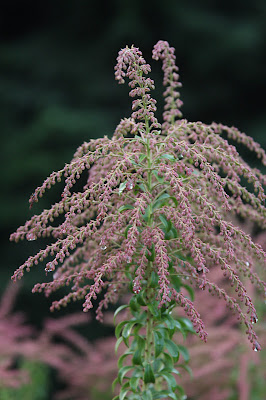 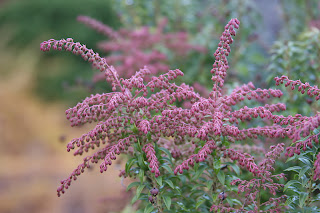 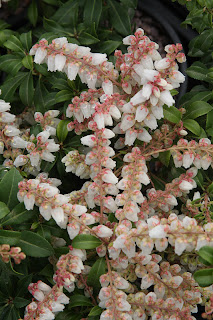 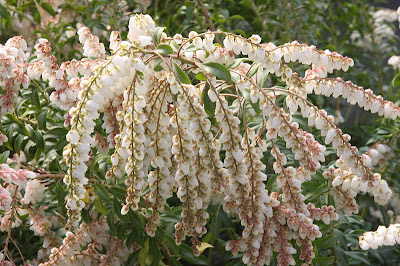 I could never do without a very dwarf Andromeda, the cute Pieris japonica 'Bonsai'. This diminutive plant is actually an excellent candidate for bonsai, but it works very well in any garden setting. Leaves are tiny and dark green; while flower buds in early spring are rose-purple, opening fully to cream-white. The leaves stay a more rich-green in partial shade, and it will grow a little faster as well, but best if not in too much shade. Today, my plant is in the rose-purple stage. 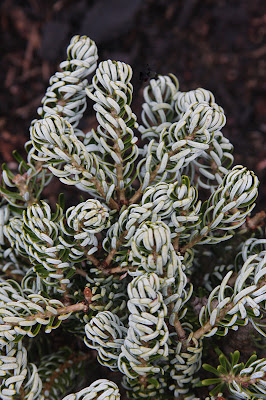 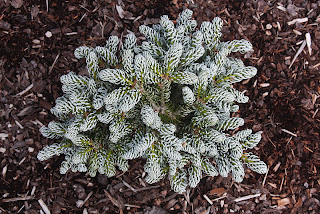 Last fall we planted a little mound in the Display Garden with seven Abies koreana 'Ice Breaker'. I have described this new cultivar before, but suffice to mention for now that this fantastic dwarf conifer has a low spreading form. Eventually these seven will fill in to form a spectacular ten-foot mound. Yes, it was strategically placed near the office where visitors and customers can't miss it; surely hats will be removed at the sight, and Flora Wonder Arboretum will likely become a world heritage site.

I'll mention one last plant, Cornus kousa 'Ohkan'. It is certainly one of the stars of the Display Garden. 'Ohkan' is a slow-growing selection from Japan, really growing more as a bush than a tree. The variegated leaves are very pretty in spring and summer, with fresh green in the center and cream-white edges. White flower bracts appear in May-June. But the best feature arrives in fall, when the leaves turn to glossy yellow, red and purple. The three weeks-or-so of fall color is spectacular, especially since every leaf displays a different coloration pattern.

These new additions to the Display Garden compliment the older specimens. The result is not really a landscape, but rather a plant collection. But for an area of its size, it contains a dream list of horticultural wonders. Come see for yourself.
Posted by Talon Buchholz at 2:45 PM