I look out the office window and see an Abies procera, a large stately tree with blue foliage. I have, but probably shouldn't have, used the cultivar designation 'Glauca' for this wonderful tree, because many in the wild are blue or blueish, and who knows if there was ever one prototype 'Glauca'. In fact, the origin of my specimen was from a Dutch nurseryman's garden, from a twenty-year-old tree he labeled Abies procera 'Glauca Prostrata'. The source of my original scion was a tree no more than one foot tall, but at least ten feet in width, a dense blue groundcover. For me, it promptly grew skyward, and now, thirty years later, it would make a splendid choice for the nation's Christmas tree.

There are many wonderful cultivars of Abies procera, some with golden foliage, or weeping, or dwarfs originating from witch's brooms etc.--but now we only cover Abies species, as I have originally promised. While Abies procera, the "Noble Fir," comes from my backyard--Oregon and Washington--let's consider a close relative, Abies magnifica. This is the "California Red Fir," in many respects just the southern version of Abies procera. Abies magnifica will grow more short of the two species, and its cones will be slightly smaller as well. The foliage of Abies magnifica is often more green than procera, for reasons I do not know, although some in the wild can be quite blue. According to Krussmann's Manual of Cultivated Conifers, Abies procera differs from magnifica due to "the distinctly furrowed apex of the needles and in not having a rectangular cross section of the needle." Oh, I hadn't noticed. While California is justly famous for wonderful tree species, I'm anxious to conclude that Oregon's Abies procera is more "magnificent" than California's Abies magnifica.


One further note about Abies procera is that it has been my only choice for a Christmas tree for over twenty years. Yes, annually my family goes to a Christmas tree farm and we cut a Noble Fir--for there is no species more beautiful. "My God," friends exclaim, "why do you have a cut tree, why not dig a living tree from your nursery?" The answer is simply that a Christmas tree farm produces a crop, trees that feed a family. For a mere $35 I can buy a ten-year-old tree that has grown at least seven feet tall, and then after three weeks of stress in my house, toss it into the bushes. I don't have any ten-year-old trees that are worth $35 or less, and again, I'm pleased to support another family's livelihood. Also, I'd rather do without Christmas than to have a fake Christmas tree. Who's the knucklehead that would give his dear wife fake flowers for her birthday? Or propose to her with a fake diamond ring? Well, a loser, you know. 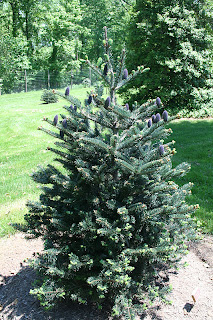 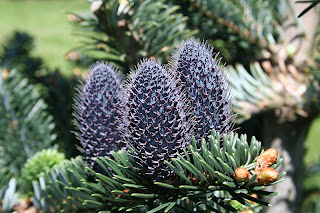 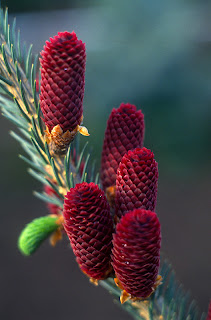 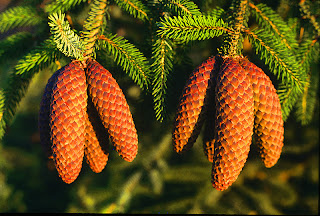 From Oregon, dig a hole deep enough and you'll come out the other side in China, and there grows Abies delavayi. Twenty five years ago I flew to China, and hiked into the mountains of Yunnan province. China, the "mother of gardens," still has a few trees left. At lower elevations was the fabulous Picea likiangensis, the George Forrest species from the Likiang region. Its cones are perhaps the most spectacular of any conifer species. But Abies delavayi is incredible too, with rich dark-blue cones arising above fresh green leaves. It was wonderful to witness this species in the alpine zone of the Jade Dragon Mountains.

I won't go into the lumper-splitter world of botanical nomenclature. I sat under an Abies, that's all I know, while I ate tasteless Chinese crackers and an old chicken egg. So I don't really know the difference between Abies delavayi and the similar Abies forrestii, let alone var. smithii, or georgei. I could smell the true firs, 12,000 feet in the mountains, and that was all the reality I needed. I collected no seed, as these Abies species or varieties have already been introduced into western arboreta a hundred years ago, and the world's botanists can duel over nomenclature indefinitely, for all I care. 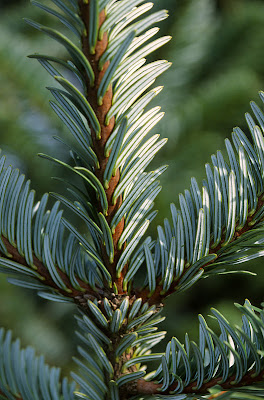 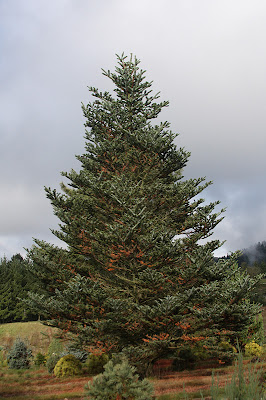 I will, however, make the reader aware of another form of Abies delavayi, the variety (or separate species?) Abies delavayi var. nukiangensis. This comes from the upper Nukiang or Salween River valley in northwest Yunnan…so, a more northern version of Abies delavayi var. delavayi. It is, in my opinion, the most ornamental form of delavayi. The deep-green needles display vivid silver stomata bands beneath. And again, the fresh scent of this fir is reason enough to grow it; but you must be in a USDA zone 7 area to pull it off. My oldest specimen resides in the Conifer Field at the nursery, a wonderful twenty five-year-old tree with a pyramidal shape, and I'll proudly show it to anyone who cares. 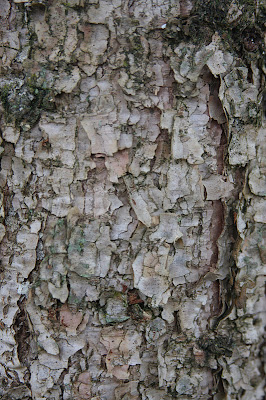 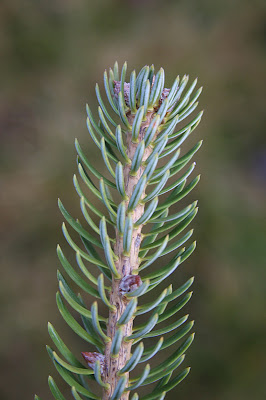 Further north, in China, one finds Abies holophylla, a species native to northeast China and Korea, known as the "Manchurian Fir." This species is hardy to USDA zone 5 and forms a columnar crown at maturity. Needles are prickly, colored light green with pale stomata bands beneath. Really, there's nothing so great about Abies holophylla until you witness its trunk. As loyal readers know, I'm a "trunk" man, a bark aficionado, for an attractive trunk helps all plantsmen through the long winter. Maybe Abies squamata, the "Flaky Bark Fir," featured in last week's blog, is the most ornamental of all fir trunks, but Abies holophylla is not shabby at all. To me, its exfoliating bark is similar to the spruces, in particular Picea breweriana. 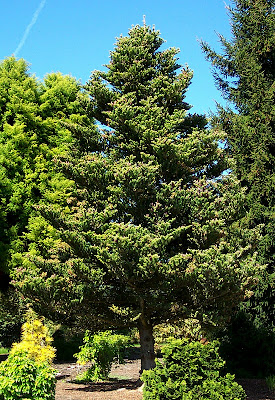 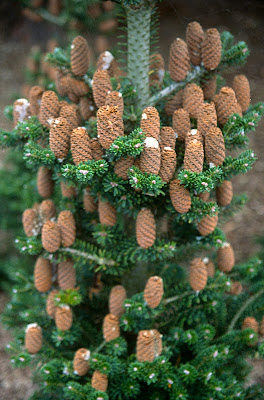 We'll consider one final species, Abies koreana. This is perhaps the most popular (worldwide) of all, and there exists over one hundred cultivars of it I'm sure. But Abies koreana itself is a fantastic garden conifer. It is slow-growing--I have thirty five-year-old specimens that are only fifteen fee tall--and tends to produce ornamental cones, even at a young age. Notice the purplish cones and see the spiral pattern of the bracts. Some consider Abies koreana as hardy to only USDA zone 6, but growers in USDA zone 4 (-30 degrees F) are repeat customers for my Korean Fir. In any case, sharp drainage is a requirement for most true firs, while Abies koreana is generally considered one of the most successful to grow of all.

I'm tempted to go on, as I have at least a dozen more species I could mention, but I'll leave it well enough fir now. Abies, I guess, is my favorite genus of all conifers, and no serious plant collection in the northern hemisphere could be without some.

Posted by Talon Buchholz at 1:35 PM