Ten years ago I became re-energized. I abandoned caution and remarried, and it turned out to be with good consequences: namely, daughters Saya Grace and Harumi Claire. Those who know my wife Haruko, a pretty, talented and happy girl from Tokyo, surely must have wondered what she saw in the crabby old nurseryman from Gaston. Well, I faked it, pretending to be a good guy, and have been faking ever since. Haruko is my friend, confidant and supporter, though she remains largely behind the scenes, dealing with the numerous mini-dramas of motherhood.

Making a living by selling trees has never been an easy or get-rich proposition. However, we all look back to a decade ago as the economic golden years, full of opportunity. Just do a good job of growing a tree and somebody will buy it, indeed cry and whine that you don't have more. It was in this fairytale world that I decided to purchase a sixty-acre farm, five miles away from the nursery, along the banks of the Tualatin river. It was a beautiful piece of property at the foot of Fernhill, with rolling hills which seemed ideal for a golf course. Here I would dig in for the long haul, raise another family and indulge in my compulsion to grow trees. I called my new land "Flora Farm."

One very important feature was/is the neighborhood. To the west is good-neighbor John Jackson, a man I have known for years. To the east is Blooming Nursery, one of the most famous and innovative perennial nurseries in the world. In contrast, I'm rather embarrassed by the batch of losers, drug addicts and trailer-trash that surrounds the original nursery. Imagine me, driving down Vandehey road with some of the greatest plantsmen on earth, apologizing for the tin shacks, abandoned cars and rusty water heaters. They must wonder if I'm taking them to the end of the road to murder. 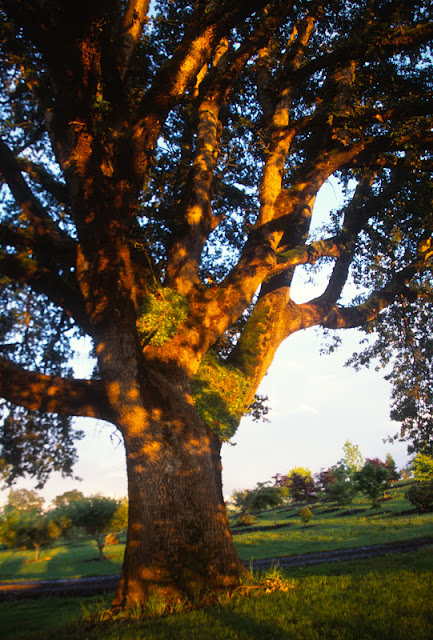 I was hooked on Flora Farm the first time I drove down the long road. At the bottom stood one of the greatest trees I had ever seen, a monstrous "Oregon Oak," Quercus garryana. It has loomed over me for ten years now, every day and season an older and different character. Neither of us can go on forever, and perhaps I too will give up the ghost should it topple over in a windstorm. 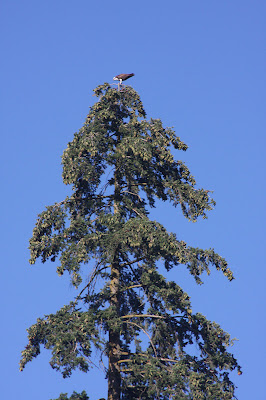 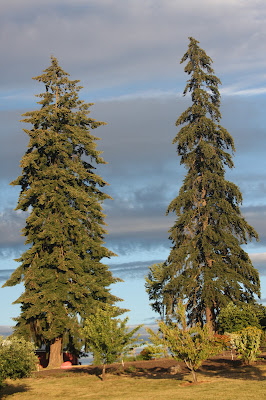 I'm also impressed by two huge "Douglas Firs," Pseudotsuga menziesii, which cast long shadows of up to a thousand feet on early spring mornings. I have had a bald eagle sit at the top eating a less fortunate bird, then dump five gallons of white paint as he flew away.

My children love the farm. They see deer in the meadow, thousands of ducks and geese every winter, frogs croaking at night in the spring, but, not so pleasant are the howling coyotes. Big sister Harumi was nervous that the pack would carry off her sister when she was little. Frequently we see the beautiful pure-white egrets and the great blue herons, and occasionally they will brave to come up into the back yard. Once an egret and a heron performed a mating dance, flapping wings and hopping with great enthusiasm. "What's wrong with it?" I asked Haruko, "you're Japanese and I'm American," and I've been flapping and jumping with my pretty egret for ten happy years.

In the beginning, most of Flora Farm was leased to a neighbor known as "Farmer Dave." He leased it for zero dollars, because to actually have to pay rent would have made it unprofitable. I didn't mind; I liked watching him plant and harvest, sometimes working into the middle of the night. Crops of wheat, corn, broccoli and clover would come and go. Once Farmer Dave asked me if it was "going to rain tomorrow." "How would I know?" I responded, "You're the real farmer." He chuckled like a Santa look-alike. Anyway, as I planted more and more, it became too difficult for him to turn his tractor around, and now all you see are my blue spruces, red maples etc.

While I'm happy to own Flora Farm, I didn't really know what I was buying until I put some crops on it. It's tough being at the bottom of a hill in that all the winter's rain eventually comes down to my place. The Tualatin is a native American word for "lazy." Not the Indians, but the river, because it snakes through the countryside without much elevation drop. If you were to stretch it out straight, it might be five times longer than as the crow flies, first flowing into the Willamette River, then the Columbia River, and finally into the Pacific. And, nearly every winter, this lazy river floods much of the cropland in its vicinity. Of course I planted too close my first year, and we rowed a canoe between the spruces and pines. Surprisingly, the trees were fine even after a month submerged.

When I look back this past decade, the black hole for cash that is Flora Farm--installation of roads, drains, irrigation and labor--I suppose that only now am I breaking even. So I'll need to have a few more years of good sales to conclude that it was a good investment. On the other hand, what else was I qualified to do besides growing trees? I think I've made the world a better place, and have tried to do so honorably. Some employees, customers and neighbors would agree, some definitely would not. But screw 'em if they can't take a joke. I am simply the mirror that reflects back who you are, and I have the belief that if you have a problem with me, then you really have a problem. 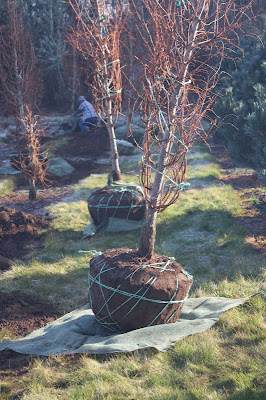 My employees work hard, and I imagine that every square foot at Flora Farm has a drop of someone's sweat on it. The rolling hills of red, blue, green and yellow sparkle with light on some days, or can be gloomy and mysterious on others. What an enterprise: to grow ornamentals with no food or manufacturing value, but exist only to please the eye, or to impress those with curious minds. None of it would be possible without the staff, although I receive most of the praise. But c'mon, who really does the work? 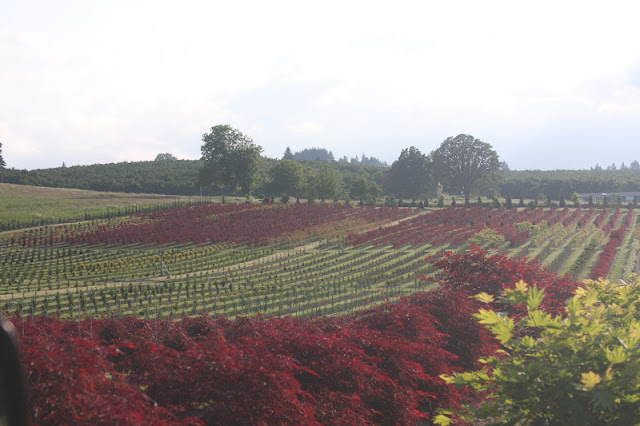 Posted by Talon Buchholz at 9:12 AM