When it comes to plants most of us will never name a genus or a species; we're too late for that. But a nurseryman can name a cultivar practically once a day if he chooses, and there's no law or code against it. Even at Buchholz Nursery's reduced size these days, we still process at least 50,000 seedlings annually – rootstocks mainly – and all of them are different to some extent and could be named and introduced into the trade as cultivated variants, cultivars. I have bestowed names on a few dozen myself, too many some would say, but I'll let the market be the ultimate judge.

One hundred to one hundred fifty years ago the concept took hold to select ornamental plants and to name them for the fact that they differed from the type. The result was a lot of 'Pendula', 'Compacta', 'Nana' etc. Unfortunately some of the “pendula” didn't really weep, the “compacta” could still grow to enormous size and the “nana” could grow beyond your height in just ten years. In more recent years 'Little Gem', 'Lilliput' and 'Gnome' were more appropriate names, but even they are not always adequately descriptive. 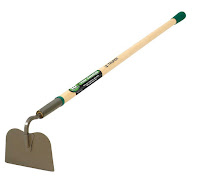 Years ago I managed a farm for a large wholesale nursery, and I eventually supervised the daily activities of 100 men. Acres and acres of Rhododendrons were grown, and one summer day the conditions were perfect to clean the fields of weeds. I called on the radio to headquarters that we needed more hoes, as many as we could get, as it seemed like the necessary tools were always at the wrong farm. A half hour later a truck arrived with five garden hoses, certainly not the hoes I was looking for. We all chuckled about the mix up, and further that we could have received a truckload of prostitutes (ho's). The point is that names should be clear and not lead to any confusion.

Anyway plant cultivar names are like people names, some seem appropriate or clever or catchy, while other times some strike you as incredibly stupid. 'SnowKitten', or even worse, 'Elmer', for the variegated Acer palmatum 'Mikawa yatsubusa' were unbearable names, and so we were all relieved when someone finally christened it 'Yuki yama' (“snow mountain”). The worst name ever was 'Donkey Dick' – for a Penis...er, a Pinus witch's broom – because it “just hung there” from the original tree, or so it was explained to me. I only had one plant of it, a Pinus nigra I think it was, a black pine, and I eventually threw it away and struck the name from our records. 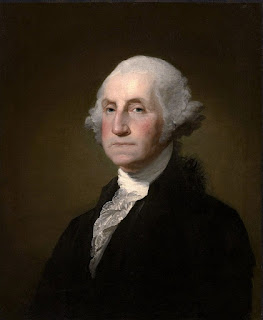 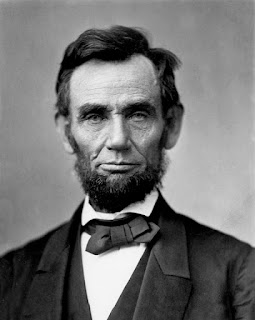 George Washington, Abraham Lincoln and Theodore Roosevelt are great names for American presidents, Millard Fillmore, Chester Arthur and Herbert Hoover are not. Todd Forrest – a bigshot at the New York Botanic Garden – is a great name for a plantsman, Talon Buchholz is not. 'Bloodgood' is a great name for a Japanese maple, 'Dr. Brown' is not.

Acer palmatum 'Autumn Fire' is a good maple name, but it has been used for a green laceleaf and at least two different upright palmatums with outstanding autumn foliage. Furthermore a hybrid (A. palmatum x A. circinatum) was also named 'Autumn Fire', then changed to 'Autumn Flame' to avoid confusion. Yikes, fires and flames: who can keep that straight? I have to watch my employees carefully so that they don't confuse Acer palmatum 'Aureum' with Acer shirasawanum 'Aureum' with Acer cappadocicum 'Aureum'. And I don't know if they could handle Rhododendron aureum var. aureum.

The best policy of course is to choose a cultivar name that has not been used for any other plant, especially if in the same genus. So Acer rufinerve 'Erythrocladum' should not have been used if we already have an Acer pensylvanicum 'Erythrocladum'. We shouldn't have an Acer palmatum 'Phoenix' and an Acer conspicuum 'Phoenix', though I'm not certain which name takes precedence. And even for different genera, I don't like that we have 'Pixie' for an Acer palmatum, an Ilex aquifolium, a Picea glauca and a Pinus uncinata. No more Pixies please.

I can think of quite a few plants that I have grown or seen that share cultivar names. There's nothing we can do about it now I guess. A list of some of them follows:


Whew! That's only half of them. At least the last two are spelled a little different, but it still doesn't help us to remember which name goes with which plant.

I hope no one scrutinizes the names that I have given to plants because I don't always practice what I preach. I try to give plants catchy names which seem appropriate or tell a story. For example Chamaecyparis nootkatensis 'Sparkling Arrow' originated as a branch mutation on a C.n. 'Green Arrow'. I didn't discover or name the latter – even though I did introduce it to horticulture – but in any case I think both are great names.

I thought Chamaecyparis nootkatensis 'Laura Aurora' was a good name for a variegated “Alaskan cedar,” but I was chastised by the late van Hoey Smith of the Arboretum Trompenburg for combining the Latin aurora with the English Laura (my daughter). But I stand by the name because Laura is the feminine form of Latin Laurus which means “laurel.” Aurora originates from the name of the Roman goddess of dawn, and my daughter is bright and cheerful like the beginning of the day, and like the cedar. We're not supposed to use Latin names for plants any more, but I think that both Laura and Aurora are both sufficiently Anglicized by now.


I try to not be too goofy with names – no 'SnowKitten' for me – but some plantsmen have looked at me askance for naming Acer palmatum 'Ikandi', like I should have been above that. Probably the name that caused the most alarm was for Cannabis sativa 'Red Rocket' since I neither grow, possess or smoke marijuana. I thought about promoting it since the user could get “really high.” And for the stoner crowd it could replace the poinsettia for holiday decoration. 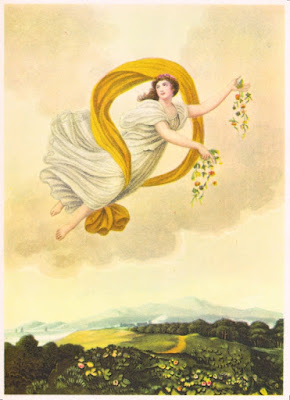 “Just stick to ornamentals, Talon.”
Posted by Talon Buchholz at 8:24 AM