Answer to What Is It?


Wow, there were six winners for our photo identification contest, where you guessed correctly at least one of the three.

I thought I could fool you, but five of you correctly guessed the yellow object to be the Citron Icicle Tower located in Seattle. One of you thought it was located in Boston and another in Miami, so apparently there is more than one, but still you win. 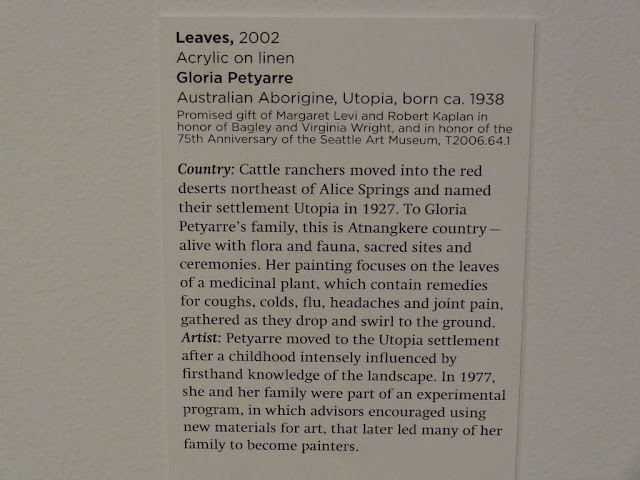 A couple of you identified photo #2 to be a painting – actually a detail – by Gloria Petyarre.

Also, two of you correctly guessed the third photo to be peanut butter, while many of you suggested that it was the underside of a mushroom. M.S. from Seattle said it was “forked” peanut butter, and indeed I do fork my peanut butter. She also identified the icicle tower, while S.R. from Monroe, Washington guessed the tower and the aboriginal painting, so hats off to these two amazing women. Nobody could identify all three, so I don't need to amend my will, but you would have been disappointed anyway.

Your 'Japanese Princess' maples will be sent next Monday via UPS, so be sure the dog doesn't tear into the box and eat it.

Thank you for participating – I had fun with your guesses.
Posted by Talon Buchholz at 1:35 PM