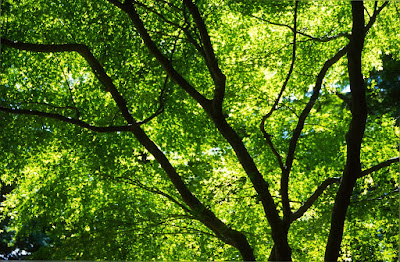 In a recent Flora Wonder Blog I stated that nurserymen have seemingly grown tired of green – our natural world's primary color – and we prefer deep-red maples, extra-blue spruces and golden pines over the normal green of the species. As we enter into May I'm happy to be alive, both corporally and financially (both barely) and now the myriad shades of green are as delicious as any spring in memory. 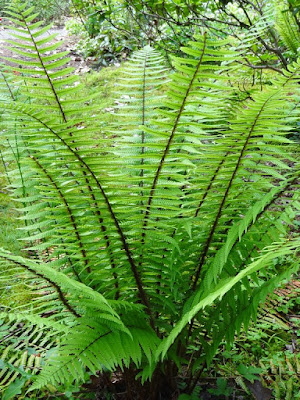 In a number of languages the word “green” is verde, such as in Portuguese, Italian, Romanian and Spanish, while the pesky Catalans go with just verd and the French are apparently happy enough with vert. The Welsh say wyrdd, however that's pronounced. Icelanders say graenn, the Germans grün, the Dutch groen, the Danish gron, and the Swedes too. In Finland “green” is vihreä which sounds nice. The Irish say glas, and they request that the bartender always keeps their's full. 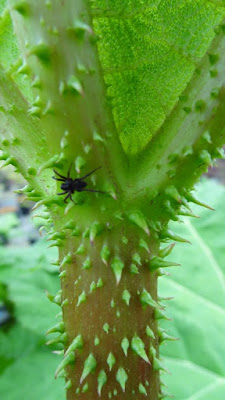 Wobiriwira is a wobbly way to say “green,” but that's how they do it in the Yoruba tongue. You probably don't know where in hell the denizens speak Yoruba, but it's estimated that between 30 to 40 million souls do so. It is a West African language spoken in Nigeria, Benin, Sierra Leon and Liberia, and due to some millions who use Yoruba outside of Africa, it is the most widely spoken disporal language from that continent. It is thought that Yoruba dates back to prehistory, around 15,000 years ago. 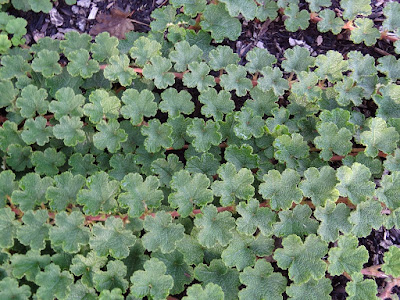 The word for “green” in the Chichewa language is also wobiriwira, and that's interesting because it's a Bantu language from far away East Africa, in such countries as Malawi and Zambia, and as a minority language in Mozambique and Zimbabwe. Fruit names in Chichewa are fun: apulosi for “apple,” kantalupu for “cantelope,” lalange for “orange” and mandimu for “lemon.” 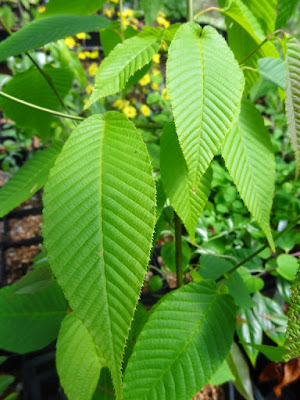 In the Maori language “green” is matomato. It is thought that the Maori people settled in New Zealand in about 1280 AD, coming from the eastern Polynesia in deliberate seagoing canoes that were possibly double-hulled and probably sail-rigged. Mr. Tupaia, a Tahitian travelling with Captain Cook in 1769-1770, was able to communicate successfully with the Maori. Learning their ABC's is easier for Maori children, as there are only 15 letters: A,E,H,I,K,M,N,O,P,R,T,U,W,NG and WH. Is it safe for me to point out that whine...er, Wahine means “woman?” Aha (“what”). Kia ora (literally “be healthy”) is a greeting of Maori origin, with the intended meaning of “hello.” 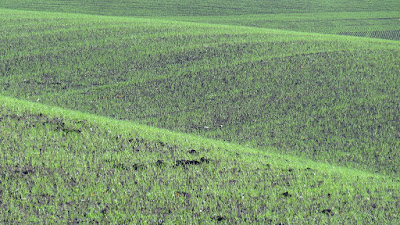 The official language of Greenland is Greenlandic with about 50,000 speakers, and it belongs to the Eskimo family of language. The word for “green” is qorsuk, but even if you hear that word 100 times you still can't say or remember it. “Breakfast” is the impossible ullkkorsiutit, but “coffee” is easy with kaffi and “milk” is immuk. An “apple” is iipilit, “tomatoes” are tomati and “bananas” are bananit. The word for “son is erneq, and the word for “daughter” – appropriately for me with my own – is panik. Ataata is “father” and anaana is “mother,” a pleasant sounding word; however “man” is arnag and “woman” is (oh boy!) angut. 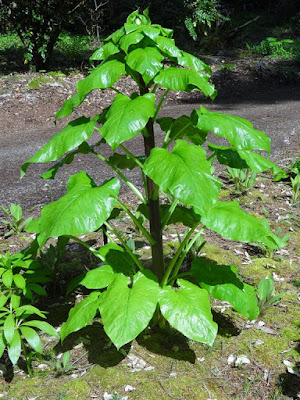 The word for “green” in Japanese has always confused me, even though my wife has tried to explain it a dozen times. The word for “blue” is ao, but it refers often to a “blue-green,” and when the word for “green” – midori – came into usage during the Heian period (794-1185) it was still thought of as a shade of blue and not a separate color. Even today there are many green things that the Japanese still refer to as ao. Midori wasn't taught to young Japanese students as a separate color until after World War II. A green traffic light is still described as ao, which is perhaps why Japanese people instead take the trains, and explains why it was so nerve-racking to teach my wife how to drive. 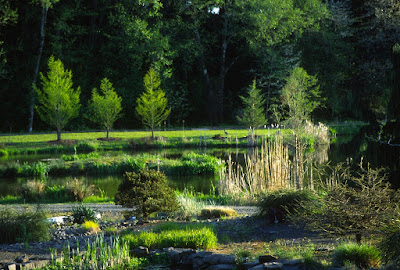 In other countries besides Japan there is also a history of combining blue and green. In other words, blue and green might be distinguished, but a single term might be used for both if the color is dark. In Arabic the word for “green” is akhdar and “blue” is azraq, but in Classical Arab poetry the sky is sometimes referred to as “the green.” 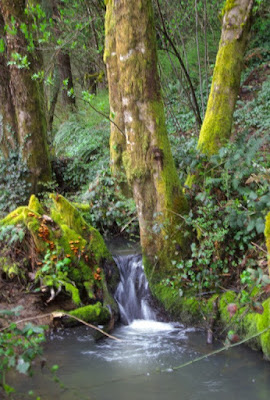 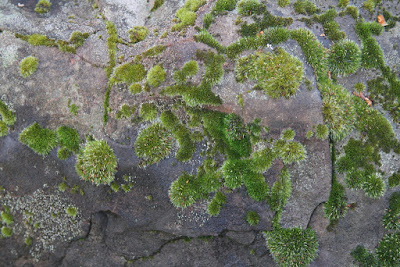 The modern Chinese language uses lan for “blue” and lu for “green,” but previously the word qing was used, and it depicted the budding of a young plant, but before that it also described colors ranging from yellowish green, through deep blue all the way to black. That's confusing to the brain, for sure. Qingcai is the word for “green bok choy” while a “cucumber” is known as either huanggua for a “yellow melon” or qinggua for a “green melon.” 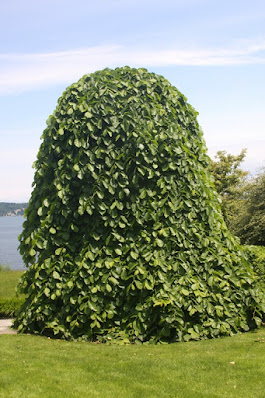 In the Choctaw language (of Oklahoma) okchakko meant “pale blue” or “pale green,” but that was in the 1850's. In an 1892 dictionary, okchamali is “deep blue” or “green,” okchakko is “pale blue” or “bright green,” and kilikoba is also “bright green” because it resembled the kilikki, a species of parrot. Today the Choctaw Nation officially recognizes okchuko for “blue” and okchumali for “green,” regardless of the brightness. Given the history of color-designation evolution, I expect the future will see further changes, but my wife Haruko will be happy to read this blog and discover that Japan is not the only country that mixes blue and green. And, don't worry, there won't be a pop quiz on any of this. However, if I ask any of my children a question, that would be a “Pop quiz.” 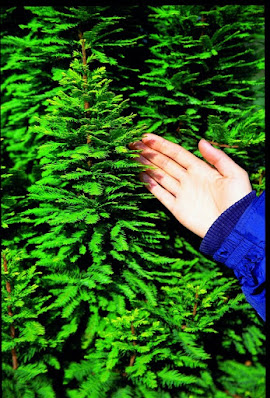 The Koreans have a lot of words for “green,” and I think that notsaeg is the most commonly used, but unfortunately the name is not very lyrical. Even worse, I suppose, is pulbat for a “grass field.” I would describe my landscape now as “lush,” which is awkwardly called puleuspuleushan, but I dare you to try to pronounce that. If something is “green” – as in immature or unripe – it is known as misughan. “Light green” is yeondusaeg while “chartreuse” is yeondu bich a word you would never use in the presence of a Western woman. 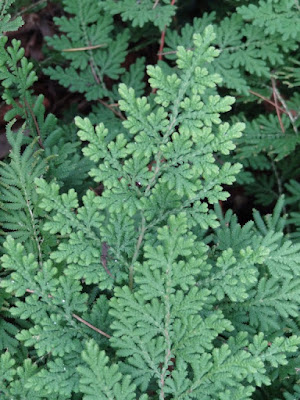 Away from my nursery, away from my usual horticultural enterprise, I'm perfectly at peace with a green natural world. Leaves and needles keep busy with chlorophyll production in the service of photosynthesis. Everything is fresh-looking in spring and the plant kingdom offers various shades of green in both hue (true color) and value (lightness or darkness).

A few examples of “greens” based on plants follow:


Jungle green...hmm – I much prefer the greens of Oregon than jungle shades. I have hiked through a jungle along the Amazon River when I was in my early 20's and it was not a relaxing experience. It wasn't the colors that bothered me, but big flying bugs, snakes and the oppressive humidity kept me from enjoying the colors. 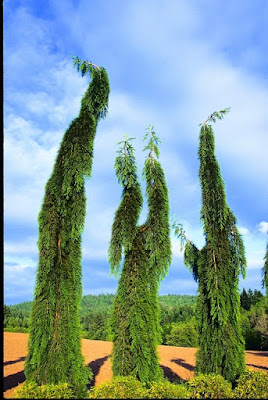 “Green Hell” is a term that has been used for book titles. I read one before I went to the Amazon, and I guess the purpose of my trip was to see how hellish it truly was. Green Hell was also a movie, a 1940 adventure film where a group heads into a South American jungle in search of ancient Inca treasure. Of course one of the leads was a beauty, portrayed by the comely Joan Bennett, and she co-starred with the manly Douglas Fairbanks Jr. 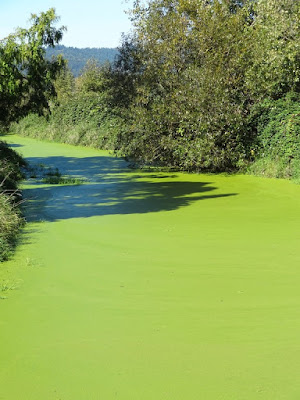 Another Green Hell is a tome by Steven Milloy with the subtitle How Environmentalists Plant to Control Your Life and What You Can Do To Stop Them. The publication blurbs: Everywhere you look, everything is going green. But soon, this trendy green lifestyle won't be voluntary, it will be mandatory. Milloy shows how the government will soon have you under its green thumb. I won't weigh in on this read, but customers who bought Green Hell also purchased similar books like Profiles in Corruption: Abuse of Power by America's Progressive Elite, Scare Pollution: Why and How to Fix the EPA etc. Well, I know that corruption prevails at all levels and from all sides, as well as a lot of misinformation, but I don't think that a finger-jabbing diatribe will solve much. 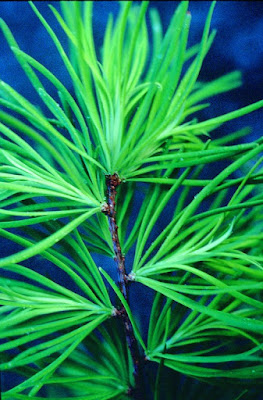 There are many Latin words for “green”: viridis, virens, viridans, succidus, prasinus, immaturus, recens and crudus, though most of those are not in your, nor my diction. Besides the Latin word for “green,” Viridis is a medieval Italian name for a female – an unusual name – but one that conveys freshness, youth, springtime and nature. I have never met a Viridis, but I would love to, and if anyone in the readership knows of one please send a photo. Ditto for Succidus which translates to “fresh, sweaty, moist, sapful and juicy.” 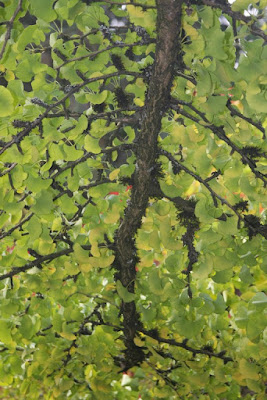 So: “green,” with all those myriad shades. Let's drench our eyes, our brains with the lushful color. No more taking that wavelength for granted, and realize that we receive only a finite number of spring days to enjoy. Better to appreciate the green grass from six feet above rather than from six feet below.