The Painted Hills of Oregon 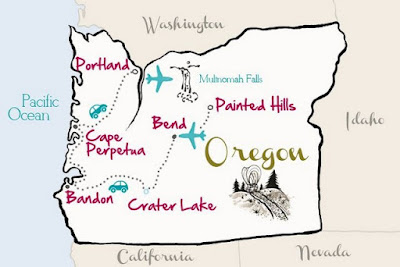 B.C., long ago (before children) my wife and I went to an upscale restaurant in Portland. After studying the menu she decided on a rather expensive “Painted Hills” cheeseburger. It was the first time for me to see a region in central Oregon used to promote high-priced beef, kind of like Kobe is used in Japan. I explained that those hills were indeed painted – I had been there once before – with red, green and blonde coloration which took millions of years to develop, something that one might encounter in the Martian landscape. I promised that I would take her there one day, and sixteen years later I finally kept my word.

We drove east, through Portland, then past Mt. Hood and into the more arid portion of Oregon. I love road trips, to see how the trees change with the elevation and the geography. The Douglas fir (Pseudotsuga menziesii) of western Oregon is replaced by Pinus ponderosa, Pinus contorta, Xanthocyparis nootkatensis and various Abies species at higher altitude. Once east of Mt. Hood (in the Cascade Range) you enter the high-desert region around Bend, Oregon. Bend was so-named by the pioneers on the Oregon Trail due to a bend in the Deschutes River which runs through the now-trendy town. The river was named Riviere des Chutes, French for “River of the Falls” during fur-trading times in the early 1800's.


Cattle ranching and farming are important industries in central Oregon...as long as water is available. We drove past huge bales of hay and contentedly-grazing cattle, but I wondered how far away from the actual Painted Hills the rancher could be and still label his stock as coming from the Painted Hills? Where water is not available, the one tree in abundance – with sage-brush growing at its feet – was the “Western juniper,” Juniperus occidentalis. In Oregon it is J.o. var. occidentalis while in California it is deemed J.o. var. australis. I know of no cultivars of the former, while the RHS Encyclopedia of Conifers lists a half dozen for the latter. Curiously the Hillier Manual of Trees and Shrubs doesn't even list the species at all. I found a shiner with fabulously blue foliage and I imagined driving 300 miles back to harvest some scions this winter...which of course I will never do. 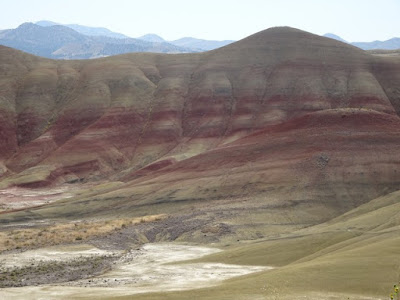 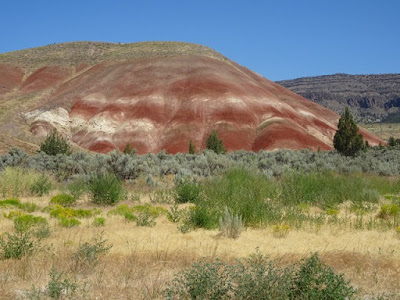 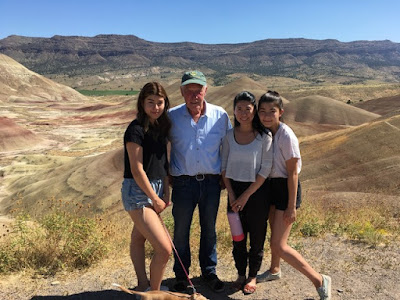 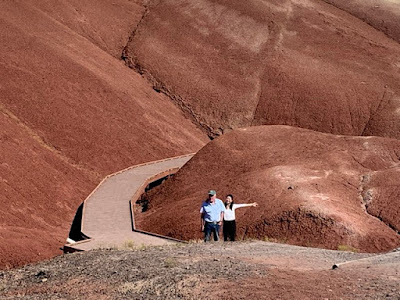 There are a number of “painted” places in the area, and interpretive signs explain what causes the red or yellow colors. I won't go into the details, except that it's amazing to realize that today's dry landscape was once a tropical jungle. Fossil remains have been found of early horses, camels and rhinoceroses, and indeed there is the nearby town of Fossil, Oregon where behind the grade school one can rummage through the rocks and pick out your own fossils. We stopped for gas in Mitchell, Oregon, a two-block hick town with weathered wooden store-fronts. My wife and daughter went into the general store to use the bathroom. I waited in the car while three men drove up in a high-rise pickup. The middle-aged cowboys with dirty hats got out and lumbered across the road, all walking bow-leggedly like they were suffering from painful hemorrhoids. Of course all six boots featured circular spurs on the heels, so they were possibly the hombres who raised the Painted Hills burger that satisfied my wife sixteen years ago.
Posted by Talon Buchholz at 9:25 AM