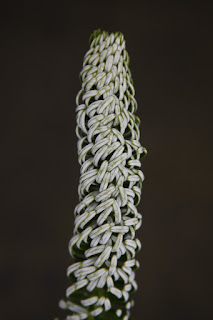 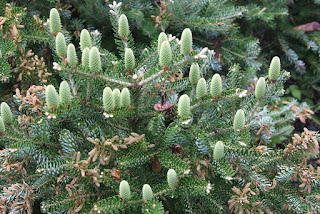 The Bad
2018 was a prolific year of coning for most of our species of Abies, which I attribute to our abnormally warm summers of late. Branches sagged on our original A. koreana 'Silberlocke', and I would have cut the cones off in mid-summer but I wanted to wait until fall to harvest seed. Finally in November I instructed an employee to collect one bag full of seed, and no more, then to “cut the rest of the cones off because they make the branches droop.” 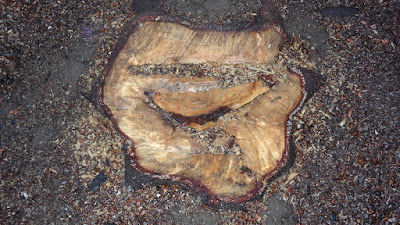 A few days later I was in the area of the 'Silberlocke' and I sensed that something was wrong. What? No! I discovered the cut stump. “Cut the cones” had been interpreted as cut the tree down. I said nothing because it was too late and it wouldn't do any good. I had received scionwood early in my career, and my specimen was certainly one of the largest in America – almost the same size as a behemoth I saw a few years ago at Arboretum Kalmthout in Belgium. Ah...the impermanence of life. 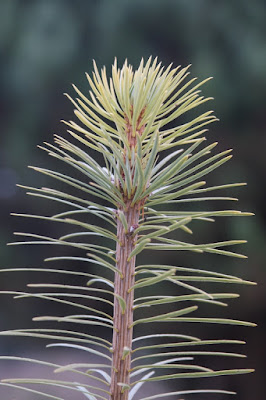 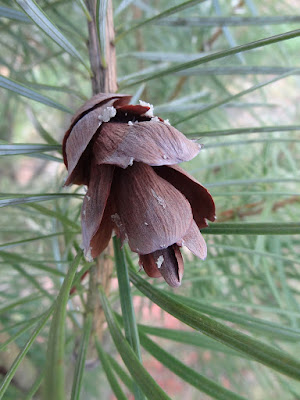 The Good
My oldest two specimens of Cathaya argyrophylla also produced a lot of cones. I told a (different) employee to harvest as many cones as possible. He did and thankfully did not cut down the trees. 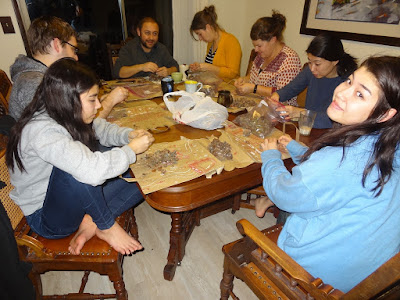 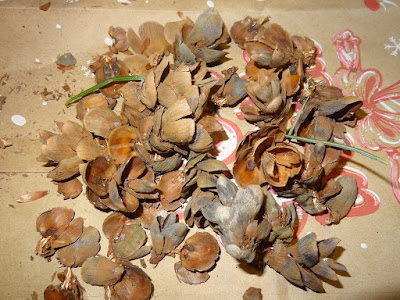 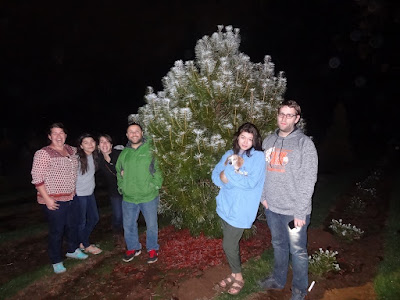 On Christmas eve my family gathered. After dinner the kids and my wife traditionally play board games. I never do – they're too complicated for me, and I think they should be called "bored" games. Instead I produced the bag of Cathay cones, and I learned from previous experience that you have to physically break each scale open to find the seed. Most cones have nothing, but sometimes you might discover three-to-four. Today we will sow in seed flats with a thin layer of pumice on top. The flats will be kept outside and we'll let nature do her thing. Nothing fancy.

Hopefully in 2019 I'll find the Cathaya sprouting. And hopefully you'll have a Good 2019 too.
Posted by Talon Buchholz at 2:02 PM