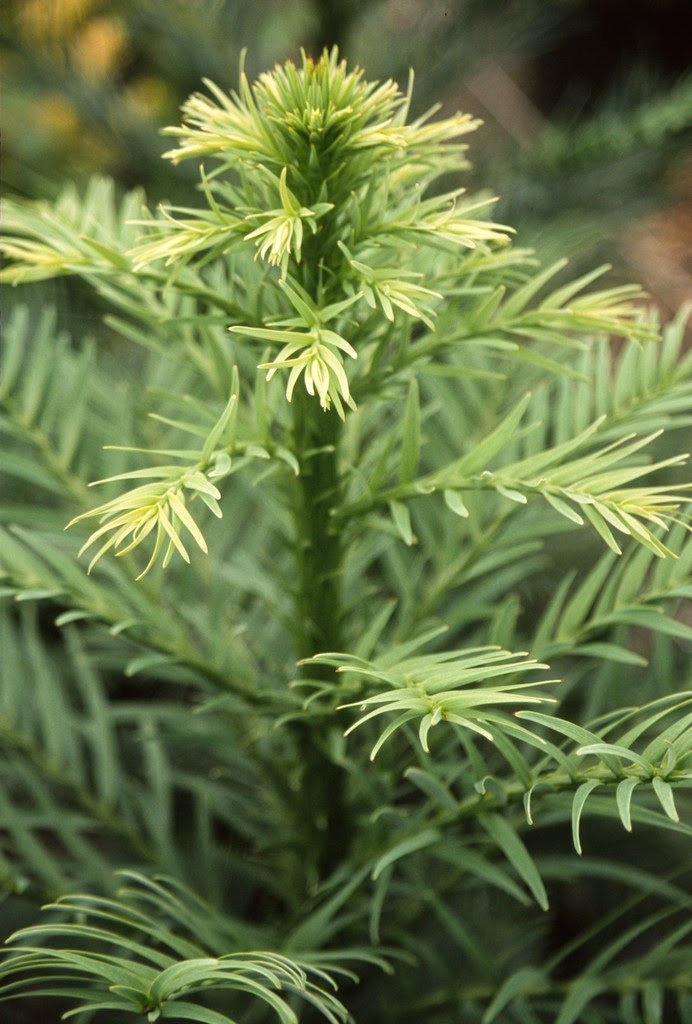 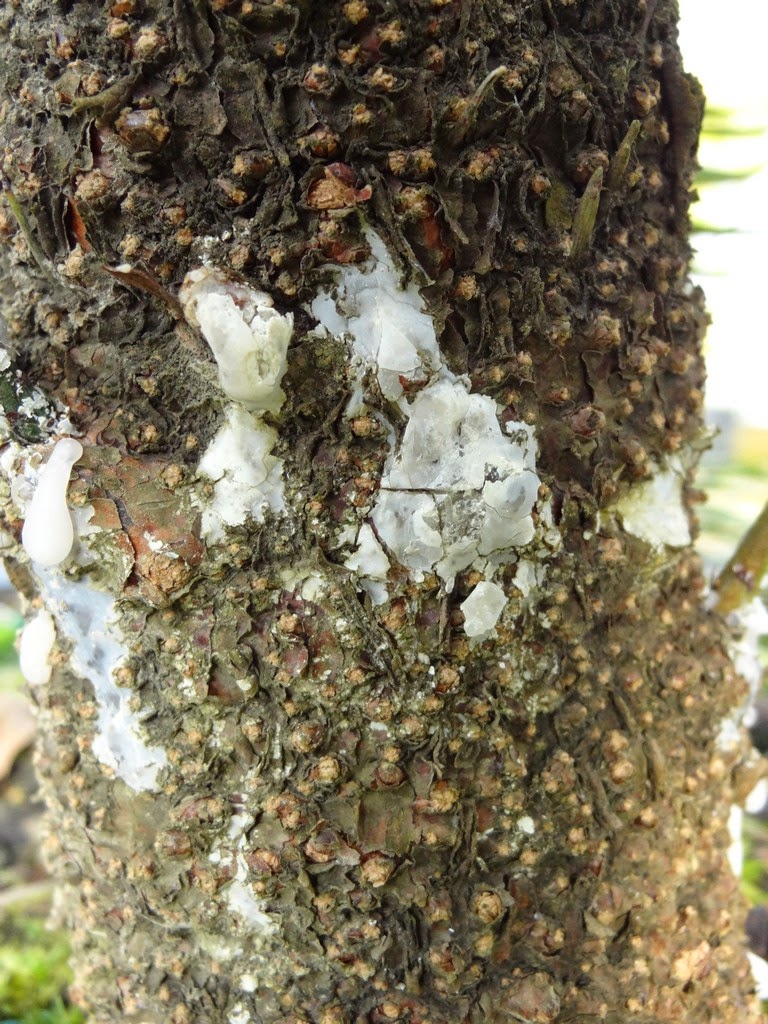 The "Wollemi Pine," or Wollemia, is a recently discovered, monotypic conifer in the Araucariaceae family, and of course it is not a true pine. The species name of nobilis was due to its discovery by David Nobel, a field officer in the Wollemi National Park in the Blue Mountains of Australia. Fortunately the "Noble Fir" was previously changed by Alfred Rheder from Abies nobilis (by David Douglas and early botanists) to Abies procera. I generally don't like the idea of botanical names honoring people, but it has been fairly common for hundreds of years.

Truly I don't begrudge Mr. Noble for his specific name, and to the victor goes the spoils; however there is nothing "noble" about Wollemia. In fact it is somewhat bizarre with its cocoa-puff buboils on the trunk, but I do admit to find its reproductive organs fascinating. Of course I wonder what name I would have chosen if I had been the intrepid discoverer. 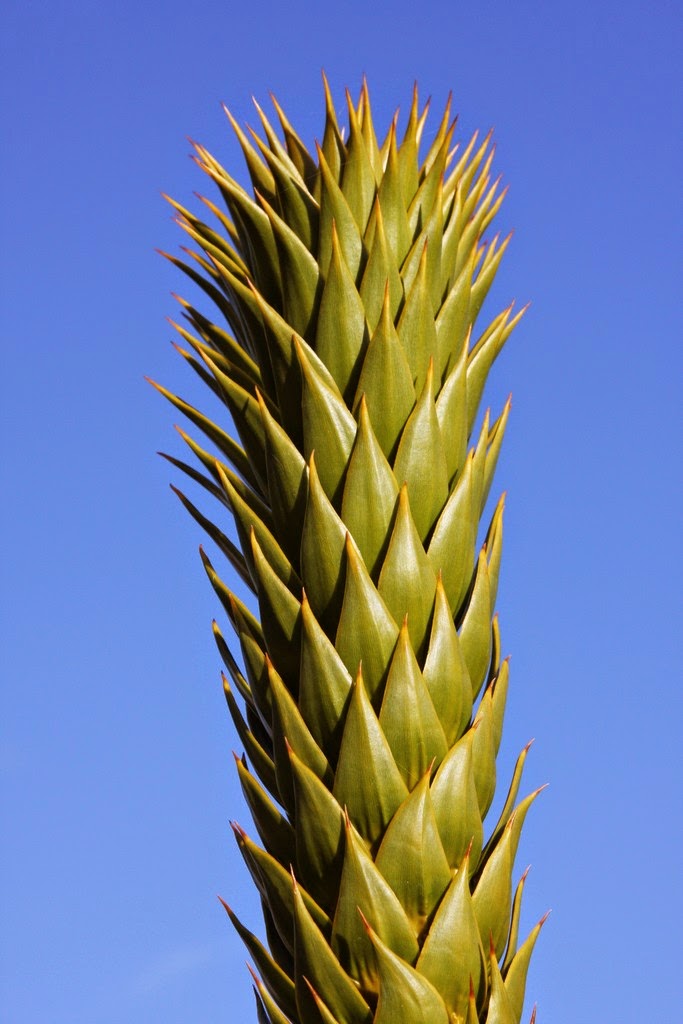 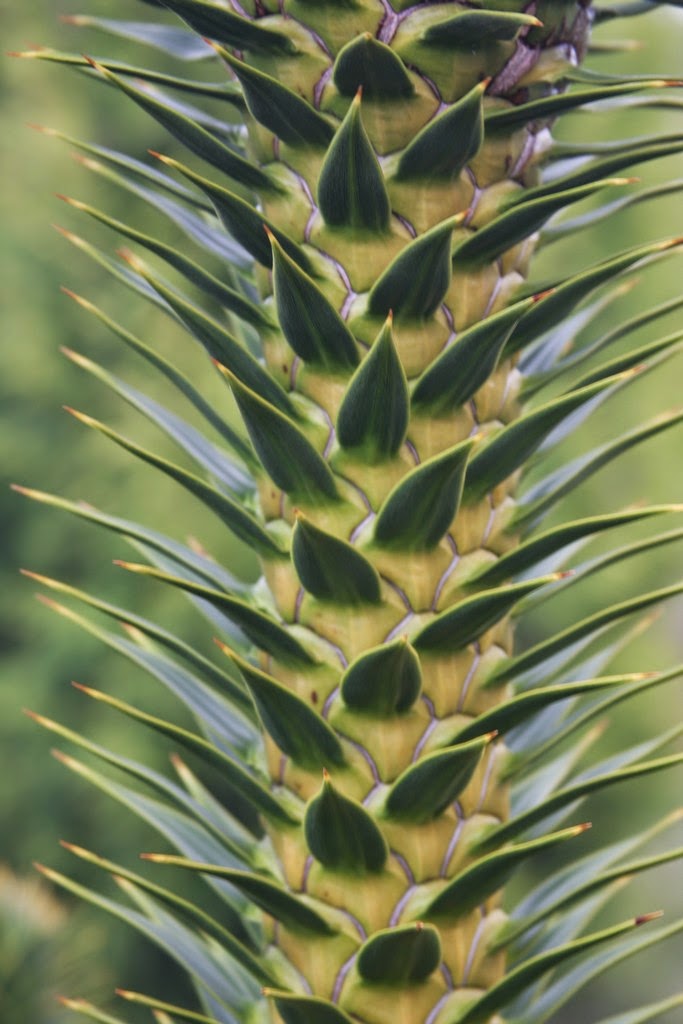 
Speaking of the Araucariaceae family, the "Monkey Puzzle" tree (Araucaria araucana) is also named for people, in this case the Araucano Indians. A Chilean native, Juan Ignacio Molina (1740-1829) was a Jesuit priest, historian, naturalist, ornithologist, geographer and botanist – a Juan of many trades – and he is credited with the scientific name of the tree.

Besides the fact that the indigenous natives feasted on the seeds for hundreds of years, A. araucana was first scientifically discovered in the 1780's, and it was named Pinus araucana by Molina in 1782. The Champion tree is deemed the "Mother of the Forest," and in 1996 it measured 48 meters tall (which is 157 feet, 5 and 49/64 inches).

The Monkey Puzzle was introduced to Europe by Menzies who was on Captain Vancouver's 1795 expedition. Five plants were nursed aboard ship; one survived and was planted at Kew Gardens, but it has since expired. The common name was given not because the branches resemble a monkey's tail – which they do – but rather for a comment (supposedly) made at a planting ceremony in England in 1834 that "it would be a puzzle for a monkey to climb" due to the sharp foliage. In France it is known as desespoir des singes which means "monkey's despair." I have eaten Araucaria araucana seed – at a Belgium arboretum's natural stand – and they taste pretty good, kind of like sunflower seeds.

Those familiar with the neighborhoods of Portland, Oregon will recognize that Araucaria is an important historical presence in the city. At the 1905 Lewis & Clark Exposition, the Chilean delegation gave away many seedlings, and these venerable plants (mostly male) can be seen throughout the city. Come with me if you want – and priority will be given to attractive female tree huggers – and I'll show you a dozen or more of these impressive specimens. 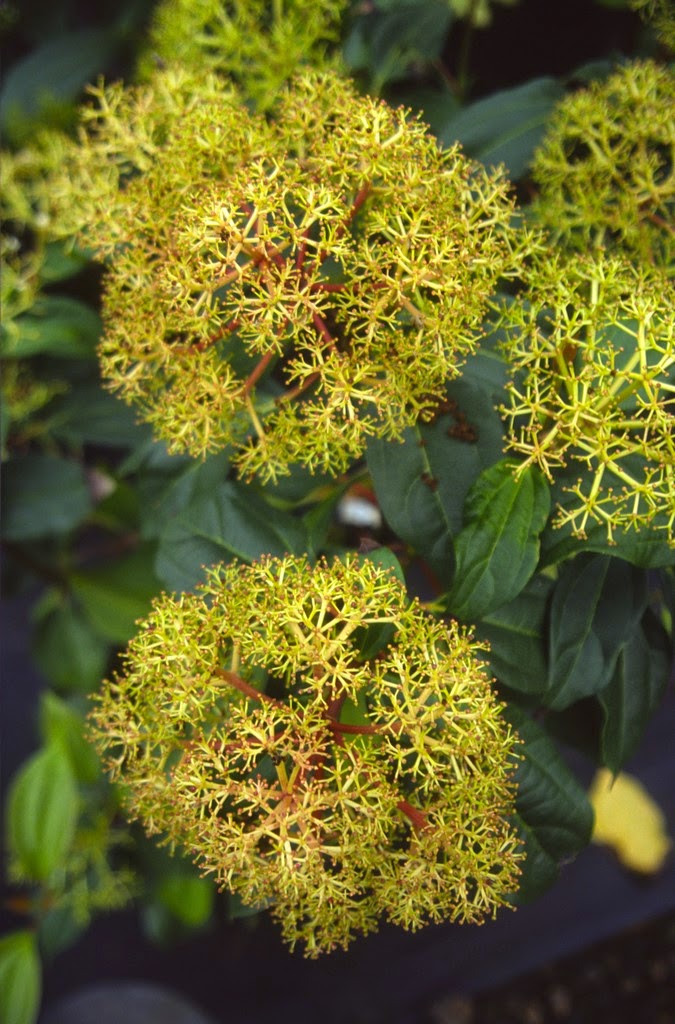 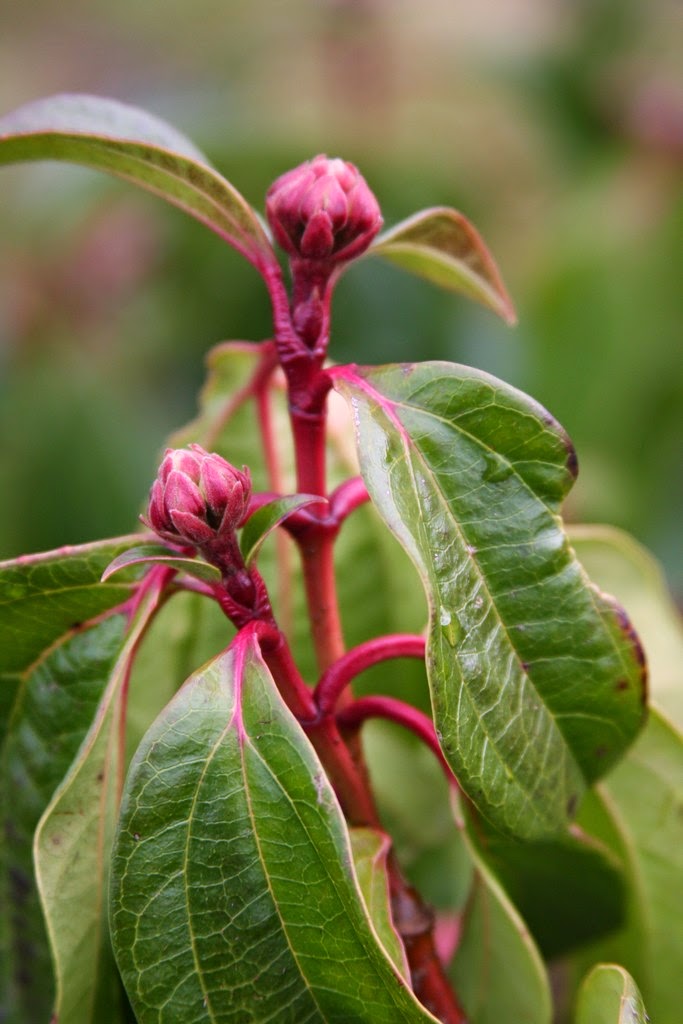 A lot of Pine species were named for people, and I'm now referring to the "true pines." Pinus armandii was named for the Frenchman Armand David, who labored in China in the hopes of converting a few oriental souls to Christianity. His higher calling – in my opinion – was botany, and he is honored with many plant names such as Davidia involucrata, Viburnum davidii etc., but I find it very strange that generic and specific names are employed for the first and for the last name of this plantsman. The same has occurred for others, such as George Forrest, for we have (or had) an Abies georgei and an Abies forrestii, although modern authors (Rushforth) say that georgei now belongs in the forrestii cubbyhole.

John Hutton Balfour (1808-1884) was a Scotsman who I would have loved to have met, but perhaps my lower-class status would have made me unacceptable. He was a botanist who began as a professor at the University of Glasgow, then at Edinburgh University. Later he was made Regius Keeper of the Royal Botanic Garden Edinburgh and Her Majesty's Botanist in 1845. Balfour was honored with the naming of Pinus balfouriana by fellow Scotsman and plant explorer John Jeffrey.*

*Jeffrey – of Pinus jeffreyi and Tsuga jeffreyi fame – was last seen as he set out on a trip from San Diego to cross the Colorado Desert in search of new plants. He never returned, and presumably died of thirst, or perhaps he was killed by natives. 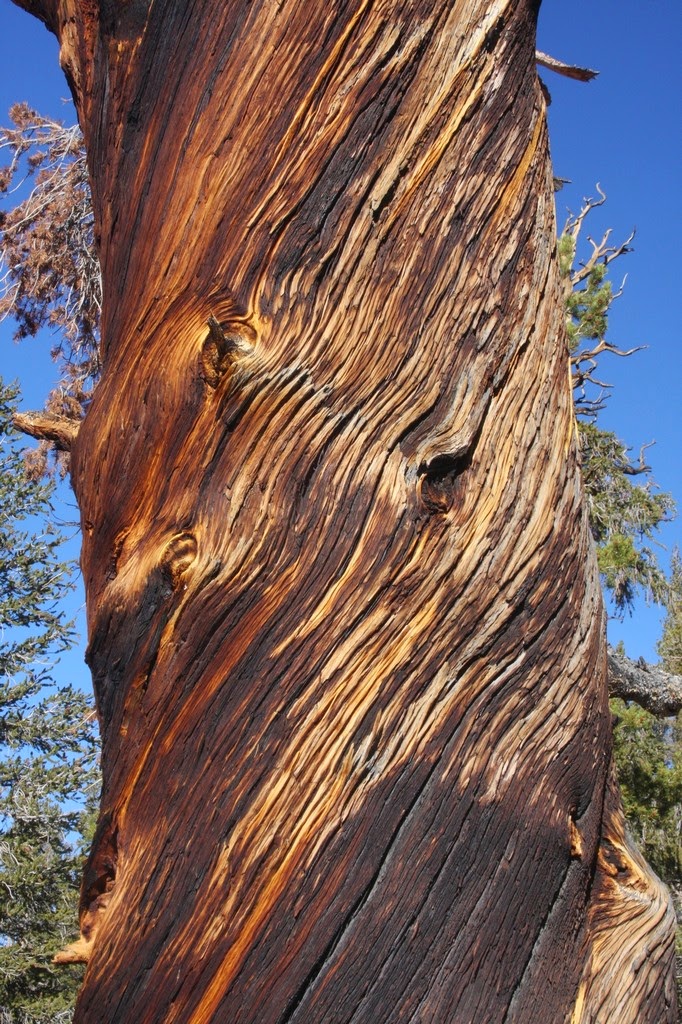 Pinus balfouriana is commonly known as the "Foxtail Pine" due to the needle arrangement on its branchlets. It is a dark-green species that resides at high elevations, and I suppose that is why it is one of my most favorite of all conifers, simply because I love to be at high elevations. Fifteen years ago I saw it near the top of Mt. Eddy (9,062') in the Klamath Mountain Range of southern Oregon – northern California – and that would be Pinus balfouriana subspecies balfouriana. Many miles to the south (in the Sierra Nevada) it grows in isolated stands that are referred to as subspecies austrina. Some suggest that both are subspecies or varieties of Pinus longaeva which occurs on the White Mountains of southeastern California, where it is famous for specimens over 5,000 years old.


I have visited Horseshoe Meadows, next to the Golden Trout Wilderness a number of times, and P. balfouriana occurs in mixed forests with Pinus contorta var. murrayana. The late JRP Van Hoey Smith, author of Conifers, The Illustrated Encyclopedia – mostly a photo compilation – made Horseshoe Meadows famous with a photograph of a narrow, compact Pinus balfouriana, which he took the liberty to name "Horseshoe Pillar." He described it as "A very nice, compact form, found in California." I located the tree, for he gave me detailed directions, and I also took photos, and later discovered some scions in my pocket. Unfortunately Van Hoey Smith's time was too brief with these balfouriana subspecies austrina, for subsequently I found quite a number of these "pillars," and it was more a matter of some trees taking on an "alpine" appearance due to their 10,000' environment. I even dubbed one 'Horseshoe Needle', although it is not in cultivation. A number of witch's brooms were also discovered, and some of these are now growing at my nursery.

Nathanial Wallich (1786-1854) was a Danish surgeon and botanist who worked near Calcutta, India, and was eventually employed by Britain's East India Company. He was involved in the early development of the Calcutta Botanic Garden, a place I visited in the 1970's on a sweltering day when I was in my twenties. The plants were poorly labeled, and what I remembered the most was two attractive – and obviously upper-caste girls – who pointed and giggled at me, like I was some incredible spectacle. I was used to it by then, but at first it unnerved me, and I wondered why the Indians would laugh at me given their long history with the British. The girls scurried away in haste when I pointed my camera at them, so I got the last laugh. 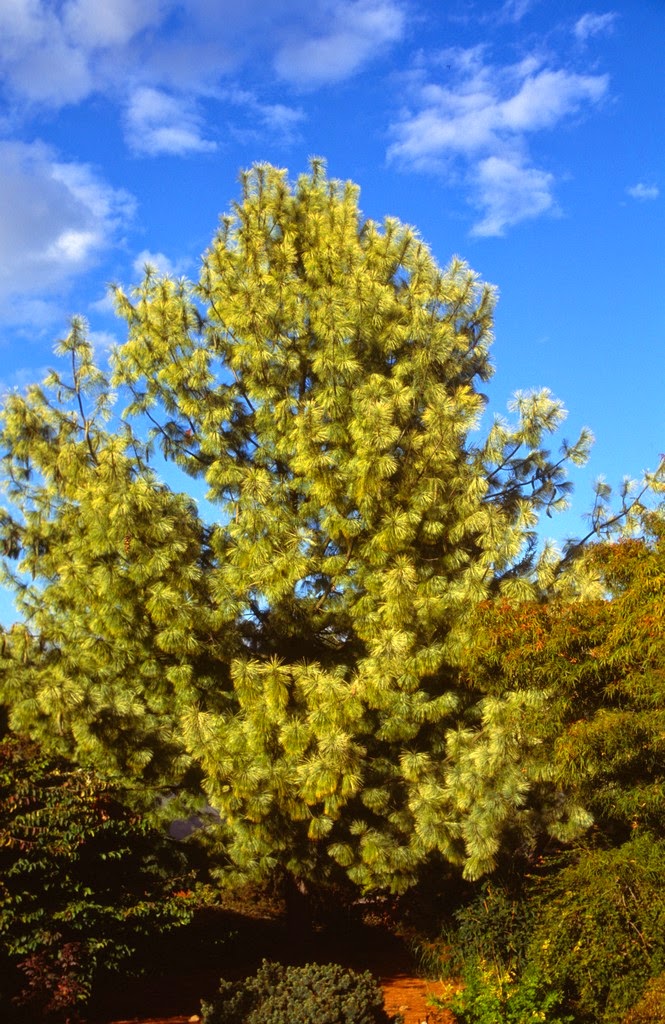 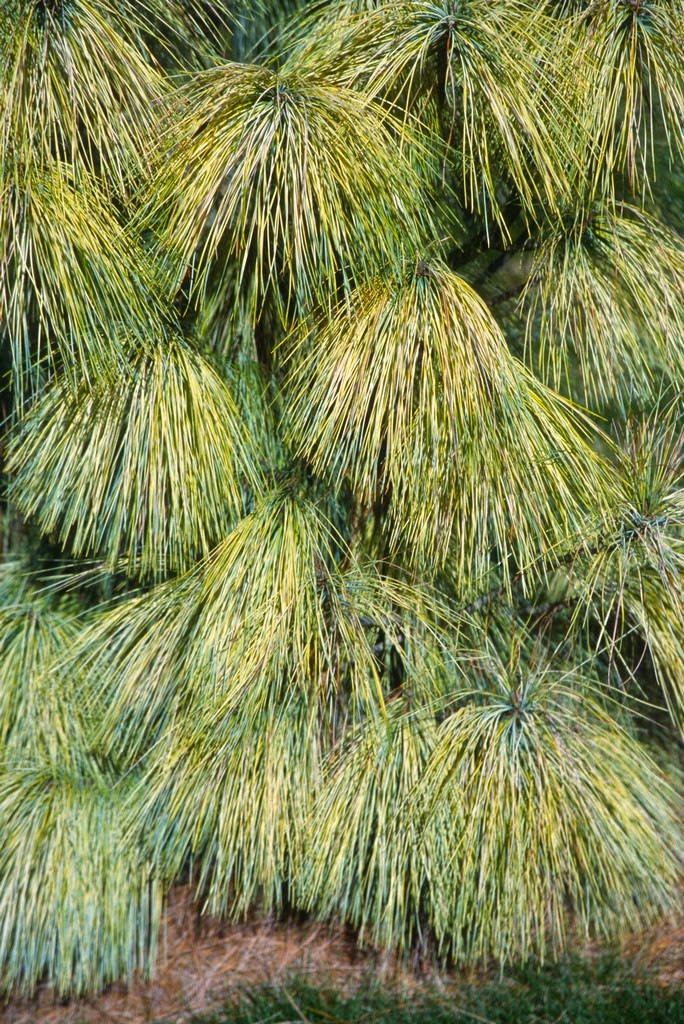 Anyway, Wallich undertook many plant expeditions and prepared a catalog of more than 20,000 herbarium specimens, which is now housed at the Kew Herbarium in England. He also contributed to plant exploration by assisting many plant hunters who began their Himalayan adventures by arriving first in Calcutta. The advancement of science was his prime motivation, not the competitive drive that has afflicted many other plant collectors. Wallichii and wallichiana is attached to many genera in honor of the man, such as Castanopsis, Clerodendrum, Diospyros, Meconopsis, Rubus, Schefflera, Sorbus, Taxus, Ulmus and many more. I suppose my favorite is Pinus wallichiana which is the "Blue Pine" or "Bhutan Pine," and some of its cultivars feature golden-variegated needles. Wouldn't Wallich and some of the other old-timers be fascinated to see how horticulture today has broadened the range of species' variability in shape and color?


Carl Peter Thunberg (1743-1828) was a Swedish naturalist and a disciple of Linnaeus – to use Linnaeus's own description of his assistants. As the ship's surgeon in the Dutch East India Company, he was sent to collect plants in Dutch colonies and Japan. He spent three years in South Africa and has been called the Father of "South African Botany." While there he learned to speak the Dutch Language, because Japan at that time was only open to Protestant Dutch merchants. 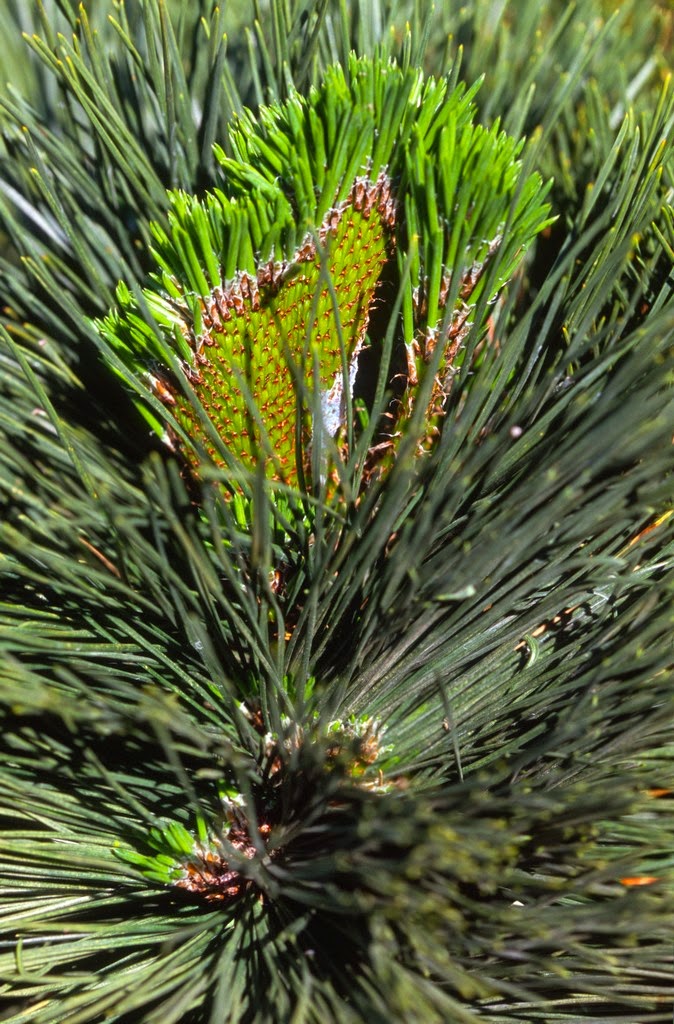 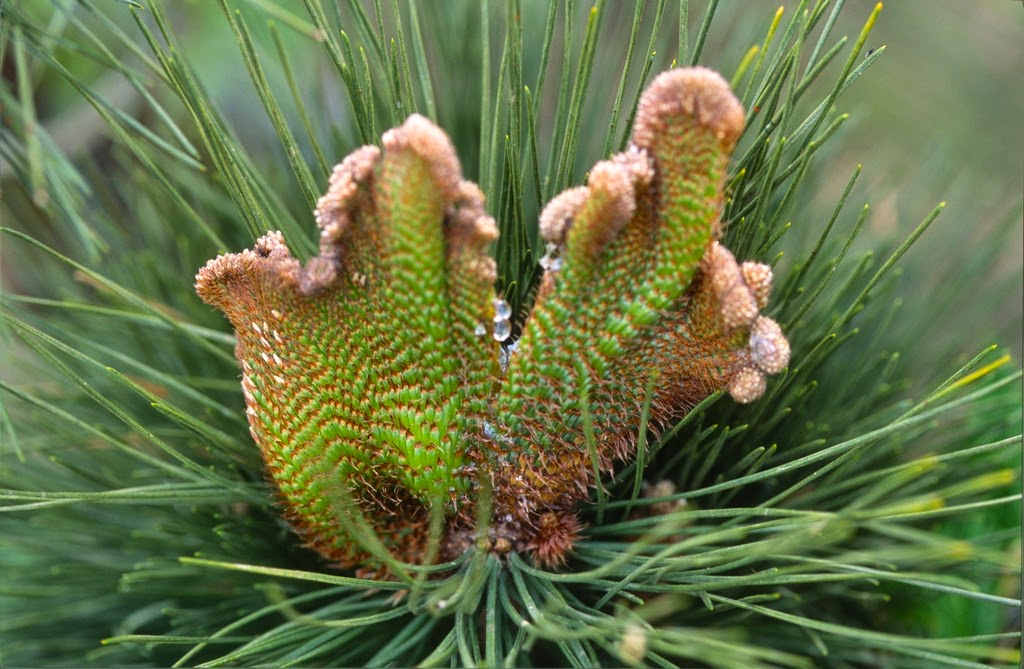 In Japan he was first limited to the small artificial island called Dejima, as the Japanese were understandably wary of the heathenous Europeans. Eventually he was allowed to travel slowly from Nagasaki to Tokyo (or "East-Edo" then) where he collected many plants. Later in life, when he returned to Sweden, he was considered the "Japanese Linnaeus," and today his name is cited in over 250 species of plants and animals. Examples include Berberis thunbergii, Geranium thunbergii, Spiraea thunbergii and Pinus thunbergii. The most important for my business is the pine with its many cultivars, and most are hardy to -20 degrees F, USDA zone 5, and we graft them exclusively onto Pinus sylvestris rootstock.


The Scotsman Archibald Menzies (1754-1842) was yet another surgeon, botanist and naturalist. He joined the British navy and was stationed for four years on America's east coast. He became familiar with the local flora and when he eventually visited the Pacific coast he mistakenly assumed that the trees and bushes he saw were of the same species as what he saw on the east coast. Other than a couple of species of Salix, there is actually nothing common to both coasts. He can be forgiven as botany and the science of plant classification has come a long way since his day. 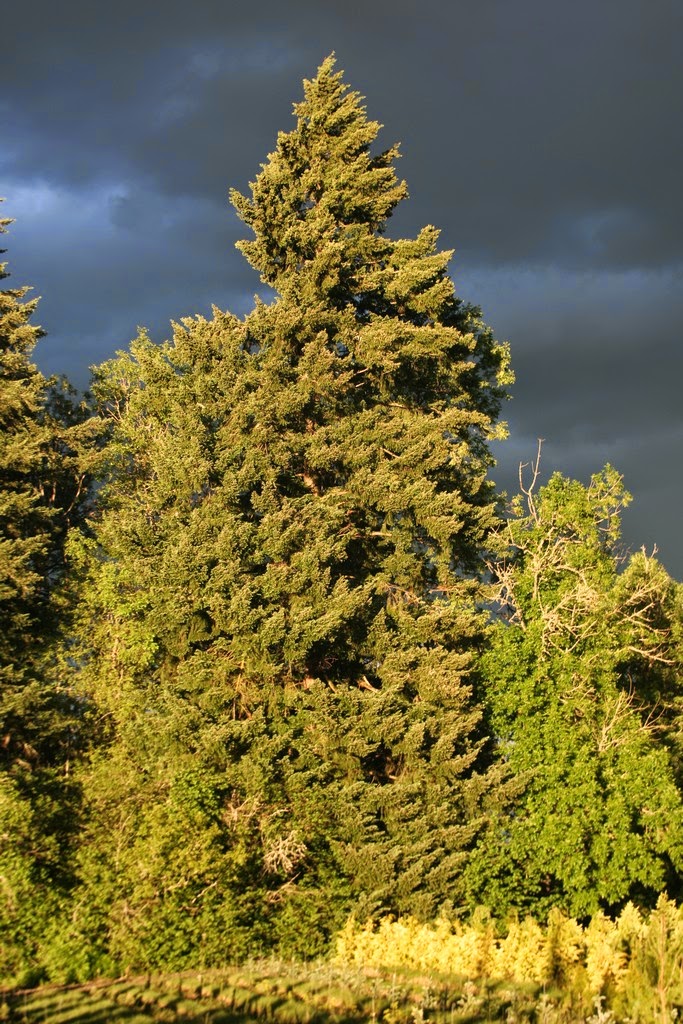 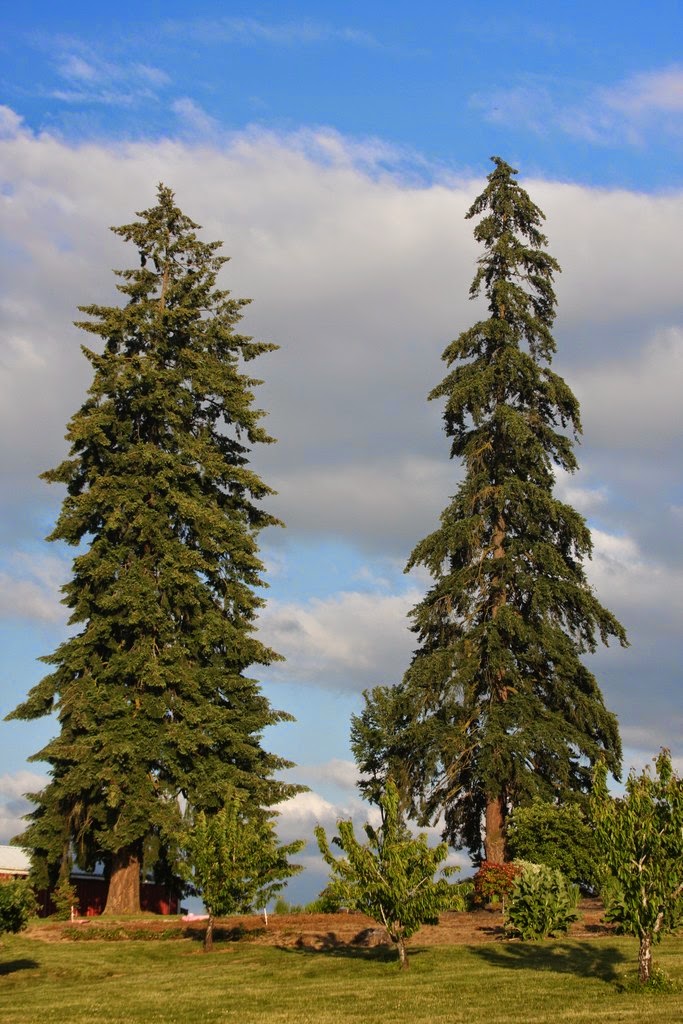 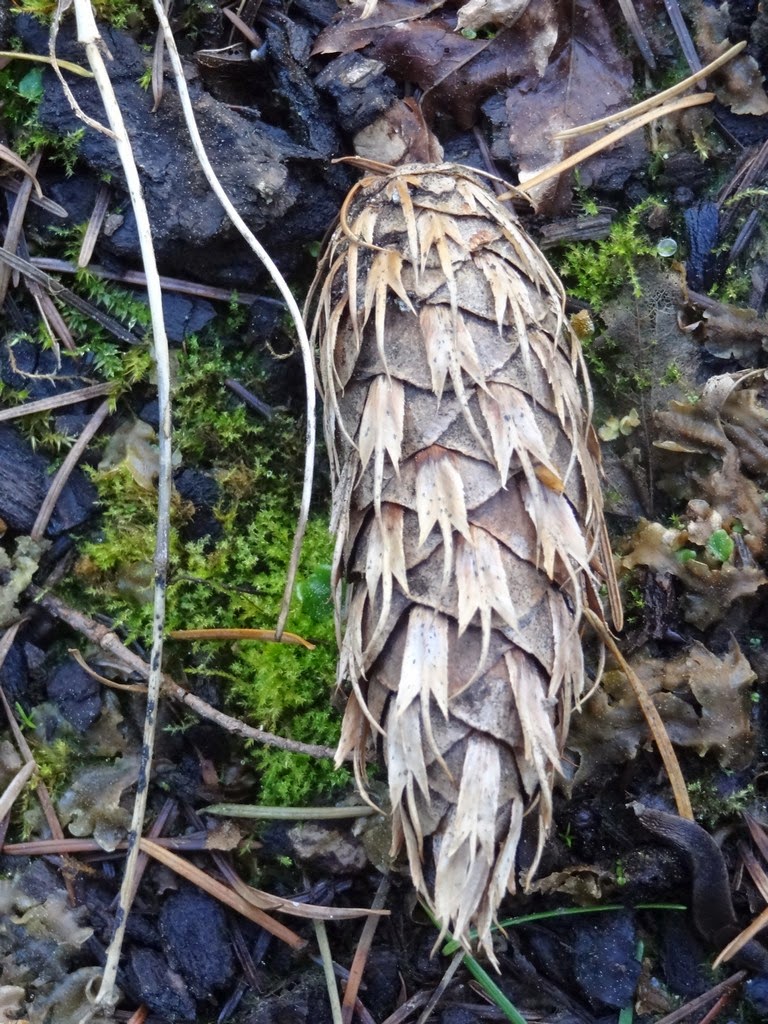 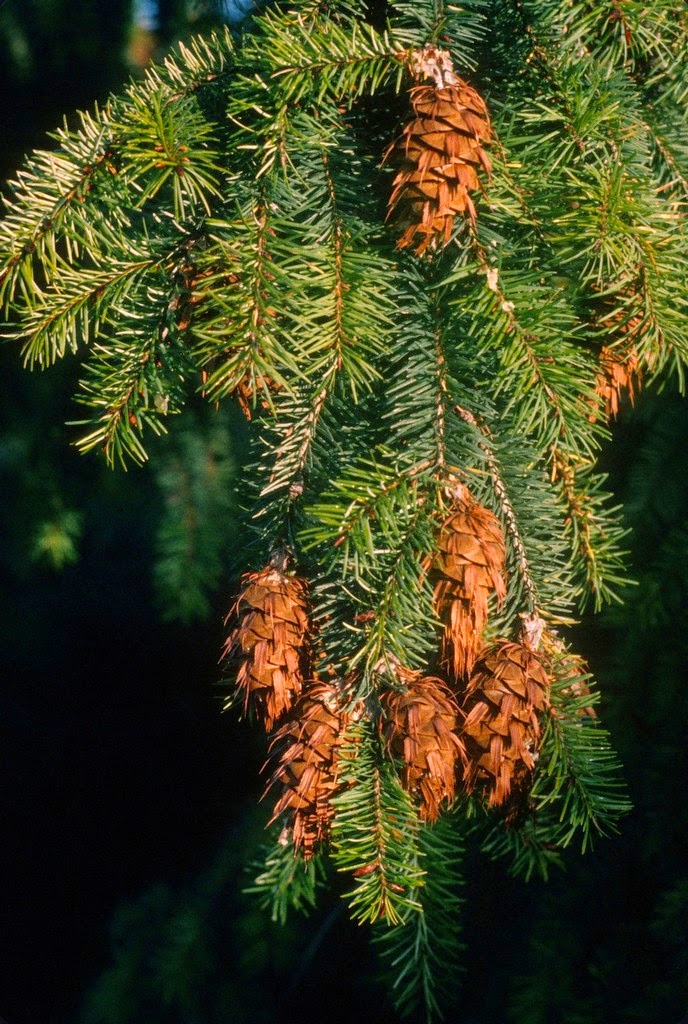 Menzies made a couple of trips to the Pacific coast where he recorded Cupressus nootkatensis (now Xanthocyparis nootkatensis or Callitropsis nootkatensis), Arbutus menziesii, Mahonia aquifolium, Chamaecyparis lawsoniana, Cornus nuttallii, Thuja plicata and others. Remember that Menzies was forty years ahead of David Douglas in cataloging the Pacific coast flora. He was puzzled by "Douglas Fir" for he had never seen anything quite like it, but he was eventually honored with the specific name.

And, as I mentioned previously, Menzies spent time in Chile. He was dining with the Viceroy and some nuts were served for dessert, which turned out to be from the Monkey Puzzle Tree. 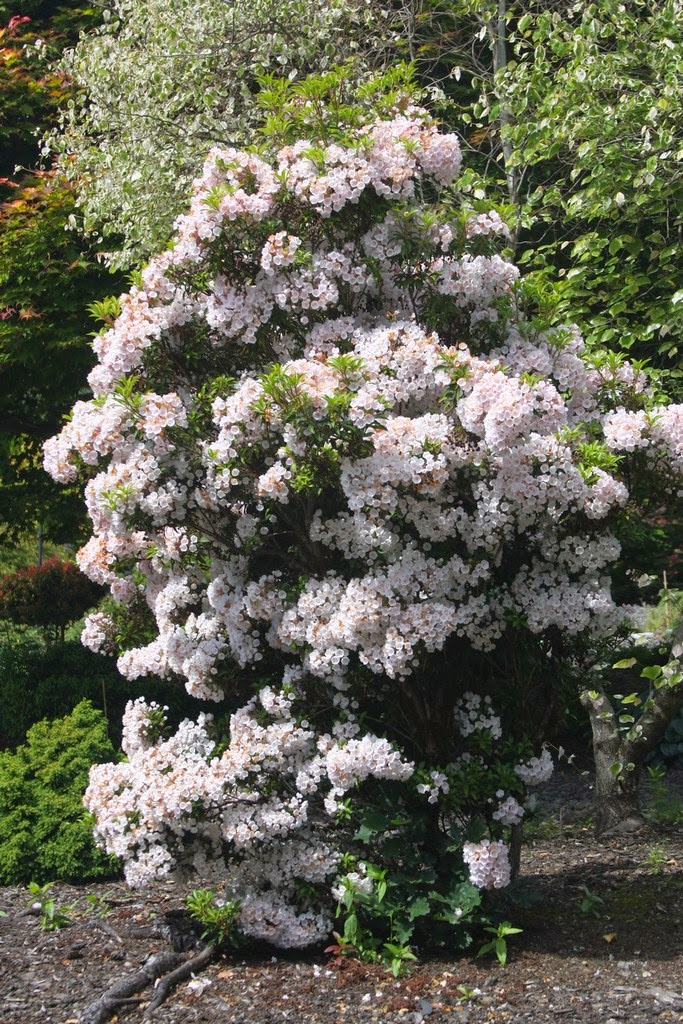 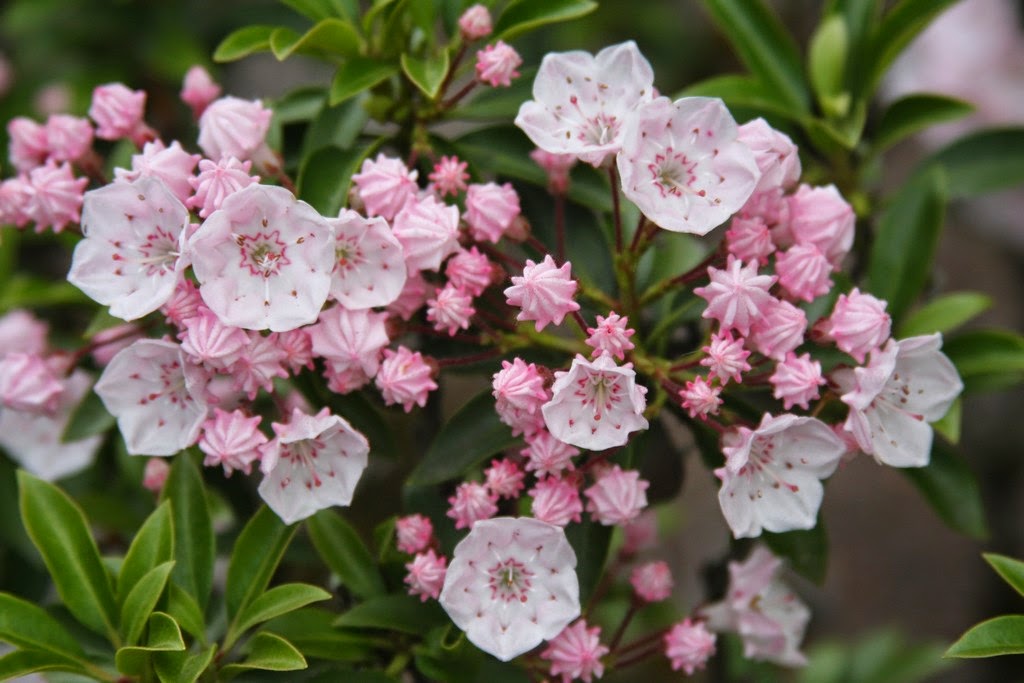 George Don (1798-1856) was a Scottish nurseryman stuck with working for his father, but he managed to escape and was then employed by a nursery in Edinburgh, then in London. He rose to become foreman at the Chelsea Botanic Garden. At age 23 he was selected by the Horticultural Society of London to "hunt for plants in three continents and scour the islands in between." He did just that, and explored in Africa, South America and North America, plus a few islands such as Madeira and Cuba. One of his introductions, though not hardy, was Bertholletia excelsa, the "Brazil Nut," as well as many other tropical plants. Don introduced at least eleven species of Allium, Aquilegia canadensis, Aralia spinosa, Hamamelis virginiana, Rhododendron viscosum and Kalmia latifolia. He returned to England and became a successful writer and prepared the first supplement to J.C. Loudon's Encyclopedia of Plants. Don also published four volumes on A General System of Gardening and Botany. You will see his name attached to a number of plants as the botanist to first classify them, including the "Coast Redwood," Sequoia sempervirens. 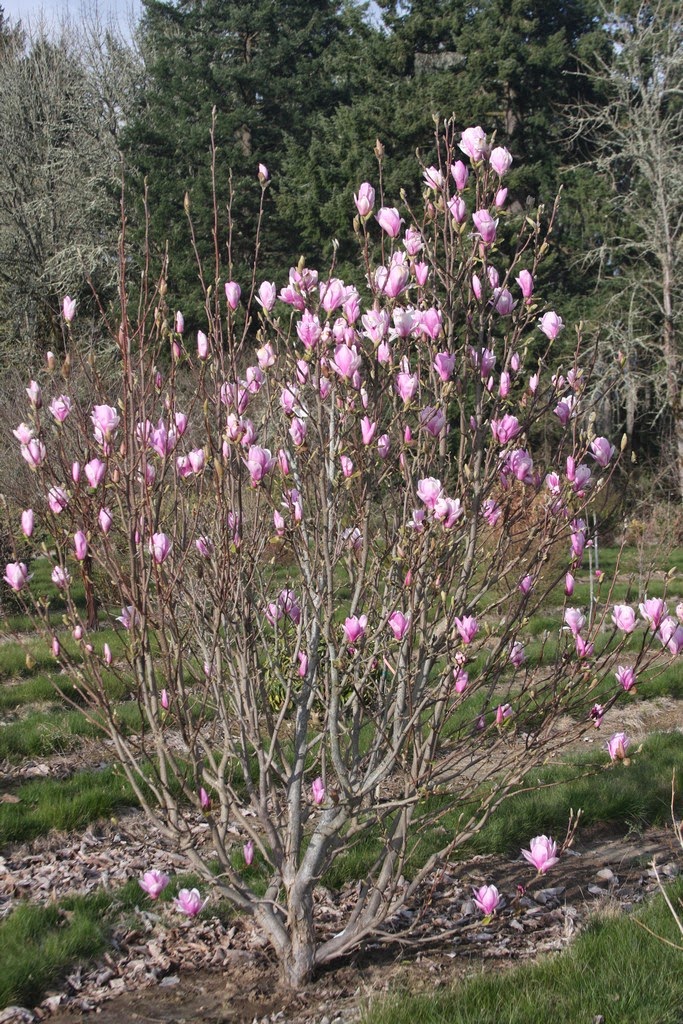 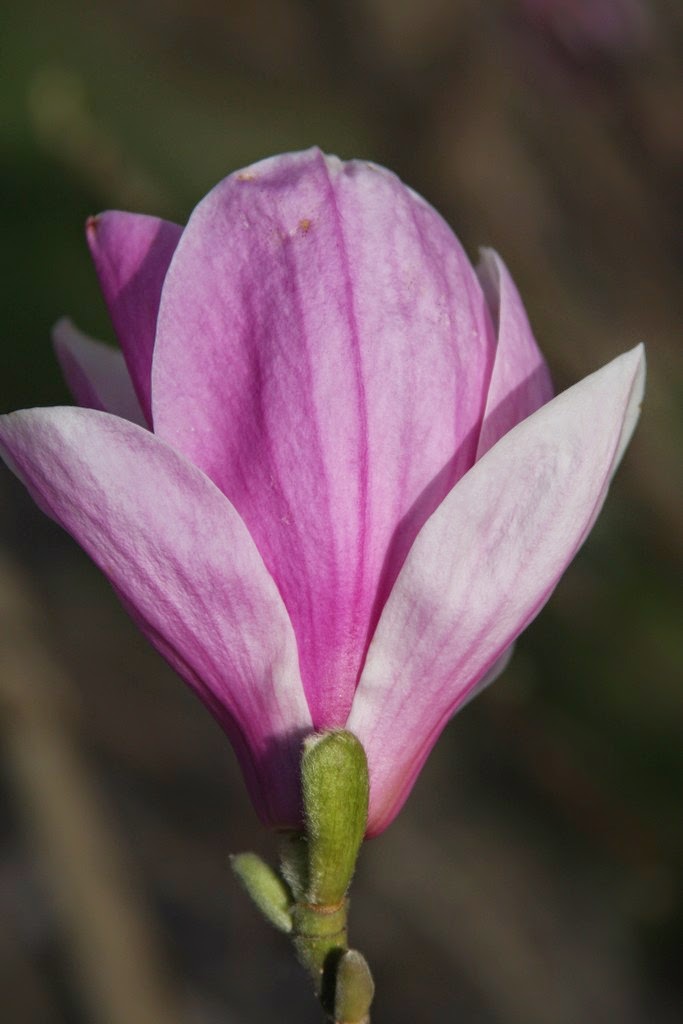 I'll mention one final plant named for a person – Magnolia* x soulangeana, first hybridized by Etienne Soulange-Bodin (1774-1846). He crossed M. denudata with M. liliiflora in 1820, and liked the precocious blossom results in 1826. Now numerous cultivars of the hybrid can be found growing in many countries, and   x soulangeana is perhaps the best known of all Magnolias. Interestingly, Soulange did not name it for himself, but rather it was proposed, then published by the Societe Linneene de Paris.

*Magnolia itself was named after French botanist Pierre Magnol. 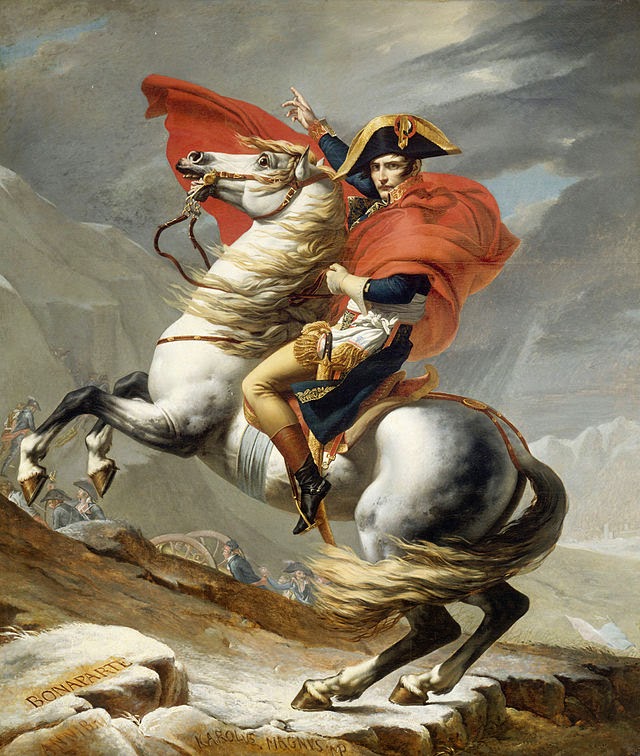 Monsieur Soulange was a retired officer in Napoleon's army. After reflecting on all the pointless carnage from the Napoleonic Wars, Soulange supposedly said "We would all have been better off staying home to grow our cabbages." I agree, and it is certainly better to make hybrids than war.
Posted by Talon Buchholz at 2:10 PM