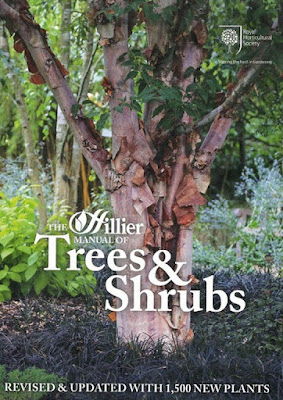 My well-worn Hillier's Manual of Trees and Shrubs (2014) has been the subject of the last two blogs. I am not a know-it-all when I present facts and trivia about the plants, for much of the information comes from my plant library and the internet, and plagiarizing from those sources complements what little I do know from my own experience. Today's blog will wrap up my Hillier obsession with the topic being some Hillier listings that I know absolutely nothing about – I've never seen or heard about these plants before, and so none of the photos are mine. This might be the worst blog ever, or maybe we'll have a little fun and learn something.

Aextoxicon – really?! – punctatum, according to Hillier, is “An unusual monospecific genus native to Chile and Argentina which taxonomists have historically found difficult to classify but now place in a family of its own (Aextoxicaceae).” It is evergreen and dioecious, with male and female flowers on separate trees, and it resembles the Elaeagnus genus and produces small, purple to black, olive-like drupes. Hillier says it was introduced by Harold Comber in the 1920's where a single plant survived unnamed in the woodland garden at Trewithen, Cornwall. Later it was “rediscovered” by Harold Hillier and Roy Lancaster in 1976. The Chilean name is Olivillo (little olive) or Palo Muerto (dead stick) according to chileflora.com, and they also consider the USDA zone 8 plant to be useful as an ornamental. I don't know what the generic name aextoxicon means, except that toxicon, not surprisingly, refers to toxic (poisonous) properties, so I wonder if the “ornamental little olives” are perhaps not to be eaten. But Aex, is that word scientific or Incan...or what? Studies have been conducted with this central Chilean bush – it is not rare – by the scientific nerds of South American academia in particular, where they measure “the magnitude, variability and correlation patterns of leaf and xylem vessel traits and hydraulic conductivity as it varies across soil moisture gradients...” blah, blah, blah. I just wonder how it received its generic name. I conclude that I don't really want to acquire the damn thing, but I would accept it if you gave one to me.

Euryops is in the aster family (Asteraceae) and it is an “evergreen shrub with conspicuous, yellow, daisy flowerheads.” Since they range from South Africa north to Arabia, they prefer a warm, sunny position and well-drained soil. The generic name Euryops is derived from Greek eurys for “wide” and opis meaning “eye” which refers to the large flowerheads compared to the narrow leaves. One plant in particular – E. chrysanthemoides 'Sonnenschein' – is promoted as colorful and drought tolerant, blooming nearly year-round in coastal areas. And wait a minute – I guess I have seen this plant before when we vacationed in La Jolla, California a couple of years ago. I could easily acquire one as my neighbor, Blooming Nursery, grows Euryops, but then they grow a lot of perennial stuff that I know little or nothing about.

I don't think that Jamesia americana is a rare species but I've never heard of it nor seen it, and that's embarrassing because it is the “Cliffbush” native to western North America. Discovered by Dr. Edwin James in 1820, it is a monotypic genus in the Hydrangea family (Hydrangeaceae). It is not native to my western Oregon haunt, but rather to the interior western states at 1600-3000 m altitude. Dr. James was no scholarly wimp – he was, along with two companions, the first white explorer to reach the summit of Pikes Peak (14,114') which was previously reported as unable to be climbed by Zebulon Pike and his Native American guides. I drove to the top one winter that was strangely devoid of snow, but obviously the Jamesia were not in flower then. James also discovered another 100 species new to science, including the blue columbine, Aquilegia caerulea, which would later become the state flower of Colorado.

Ok, Ballota – what's that all about? Linnaeus named the genus in the Lamiaceae family occurring from southern Europe to north Africa. But first, the Lamiaceae is the mint family and is also known as Labiatae with over 7,000 species. If you encounter a weed with a square stalk and opposite leaves and a strong scent you have probably found a member of the mint family. Remember as a kid your grandmother would give you a hard candy – but that wasn't really a candy – and it would also cure your cough? That was horehound or Ballota pseudodictamnus, and it is an ill-smelling European herb with rugose leaves and whorls of dark purple flowers. Ballota was the ancient Greek name to the black horehound, Ballota nigra, which is native to Turkey and the Aegeans, and the specific name pseudodictamnus refers to the “False Dittany” for its resemblance to the genus Dictamnus (gas plant). Dictamnus is a Cretan origanum and possibly named after Mount Dikte. The mountain is of importance because that was where Zeus was raised in secrecy where he was nursed by nymphs on goat milk. After the fall of the Titan gods, Zeus and his brothers drew lots to divide rule of the cosmos. Zeus won the heavens, Poseidon the sea and Hades the underworld. It seems as if there was no plant in the ancient or new world that doesn't harbor a history or deep meaning, or a use.

Eriobotrya japonica – that's a new name for me, an evergreen genus from the Himalaya and east Asia that's related to Photinia. When I researched I found that the botanic name is commonly known as “Loquat,” so I guess I do know the tree, except that I've never grown one. The genus name comes from Greek erion meaning “wool” and botrys for “a cluster of grapes.” I've seen the fruits for sale at specialty grocery stores so I think I will investigate further.

Gaylussacia – I've definitely never heard of that. There are some 50 species in North and South America and Hillier lists two from eastern North America, baccata and brachycera, the former known as the “Black huckleberry” and the latter the “box huckleberry.” So yes, the genus is in the Ericaceae family and closely resembles Vaccinium, and the fruits are edible. The Box huckleberry is self-sterile and is found in isolated colonies which reproduce clonally via creeping roots. One colony in Pennsylvania is estimated to be 8,000 years old which would make it the oldest woody plant east of the Rock Mountains. Not bad for an unassuming, low spreading shrub with leaves that resemble boxwood (Buxus).

Hillier lists Sarcandra glabra, “an evergreen shrub with oblong leaves and spikes of bright orange fruits,” native to southeast Asia. Its value is that aromatic oils can be extracted from the leaves, and the entire plant is known for anti-stress, detoxifying and blood activating properties. I could sure use some of that. I wonder if I have seen it before, though, because it also occurs in China and Japan – I'll ask my wife about it.

I don't know anything about Piptanthus, but Hillier calls the nepalensis species the “Evergreen Laburnum,” and it features bright yellow, pea-like flowers. I'm not familiar with the plant because it's not hardy for me, but I may have encountered it years ago when I trekked through the Himalayan foothills in May.

I know that there are a number of intergeneric hybrids that intrigue botanists, but whether they're worthy as garden plants is another matter. I have encountered a few as names in books but have never seen the likes of Sorbaronia (Sorbus x Aronia), Sorbocotoneaster (Sorbus x Cotoneaster) and Sorbopyrus (Sorbus x Pyrus) for real. I have both Sorbus and Aronia in the Flora Wonder Arboretum – which is not unusual – but the hybrid has never been presented to me. Hillier says, “Though not of outstanding ornamental merit, they add autumn tints to the garden and are interesting because of their unusual origin.” There you have it: A BIO plant – botanical interest only. The Sorbocotoneaster sounds more interesting because the hybrid was originally found in the pine forests with its parents in eastern Siberia. Two forms are said to occur, one which tends to the Sorbus and the other to the Cotoneaster parent. Hillier was tickled to get the plant when scions were sent from Siberia in 1958, but I never encountered it when I visited the Sir Harold Hillier Garden a decade ago, so I don't know which way their specimen tends...

Sparrmannia is a small genus (Malvaceae family) of 7 species of tender shrubs and trees, native to Africa and Madagascar. The genus was named for Anders Sparrman (1748-1820), an apostle of Linnaeus. Hillier says it is commonly known as “African hemp,” but it is not related to the true hemp, cannabis, and he offers this nugget about its culture: “This marvelous plant not only tolerates but appears to thrive on the cigarette-and cigar-ends and tea and coffee dregs of second class Continental cafes.” In spite of that tawdry reputation the plant gained the Royal Horticultural Society's Award of Garden Merit. Maybe of more interest is that the Sparrmannia species are known for their haptonasty, the rapid movements made by the stamens when they are touched. 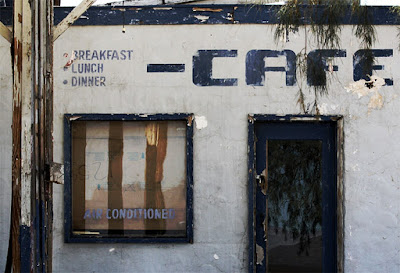 OK, I don't need to continue with the plants that I, and probably we have never heard of before, but there's lots more in the Manual. It would be fun to visit an arboretum which grows only these unusual things. Afterward, perhaps we could go for lunch at a second-class Continental cafe. I'll throw my cigar butts and you toss your tea bags into the cafe duff and we'll conjure up intergeneric, and perhaps even intergalactic hybrids that will occupy the next generation of taxonomists.
Posted by Talon Buchholz at 9:06 AM