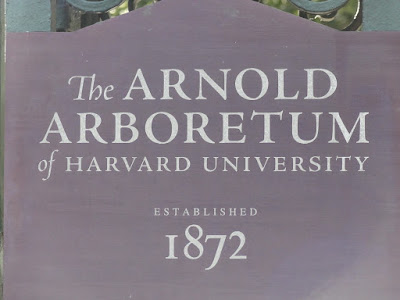 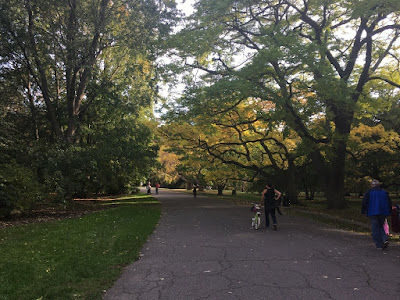 I was in the Boston area last month and I was very excited to finally visit the Arnold Arboretum. The layout was designed by Frederick Law Olmsted and in my opinion he did a heck of a job. The arboretum was named for James Arnold (1781-1868), a Massachusetts whaling merchant, and its mission was to increase knowledge of woody plants through research, and then to pass on the knowledge through education.

The Arnold was established in 1872 and Charles Sprague Sargent was appointed director. Sargent is honored with botanical names such as Sorbus sargentiana, Rhododendron sargentianum, Juniperus chinensis var. sargentii, Magnolia sargentiana var. robusta and others. I am particularly interested in the institution because the great plant hunter E.H. “Chinese” Wilson was lured away from the English Veitch Nursery firm to collect for the Arnold, and then to work there. Sadly, Wilson and his wife died in a car accident in 1930.

The collection contains about 4,000 taxa* on 281 acres. Buchholz Nursery – even excluding Flora Farm – has grown at least 4,000 taxa also, but on one-tenth the acreage. The difference is that I abandon many if they don't sell, and secondly, my plants are miniature compared to the humongous specimens in the Arnold. We parked our car near the Fagus entrance, then worked our way to the oaks, and the overwhelming impression for me was just how large the trees were. One Fagus displayed two lower branches that swept out at an incredible distance, and I borrow my daughter's photo of it.

*Taxa is plural of taxon, and it's a group of one or more populations of an organism or organisms believed by taxonomists to form a unit.

I took photos of the trees with giddy excitement until my camera reported that my photo card was full. Damn – I took too many pictures of the Statue of Liberty and atop the Empire State Building back in New York, but not to worry because my wife had my backup camera in her pack. The only problem was that she had previously raced ahead with daughter Harumi for the bathroom in the visitor center. At the last second Saya looked at me, took pity I think, and decided to stay back with me. So there we were, Saya and myself, in the oak section. We had worked out a tree-encounter system where I would stand back and take a photo of a huge tree, and Saya in her energetic youth would run up to the label, then back to me to report: “Queerkus owlba” or “Queerkus x exacta” or “Queerkus shumardii var. schneckii” etc. We even discovered that the renowned plant-hunter Joseph Rock was still alive and roaming through the arboretum and he graciously posed with Saya.

But again, my camera wasn't working after that and I wanted to record all of the wonderful specimens. In some respects I was happy that my camera card was full, that I could then wander freely throughout the collection without an assignment. I don't know why, anyway, that I feel compelled to document all that I see, and I confess that it is an obsession that would possibly benefit with therapeutic counseling. On the other hand, at my age, I might never return to the Arnold again, and I desperately wanted to track down my wife. We agreed to meet at a pond down the hill, so Saya and I took a cross country short-cut. In spite of the arboretum map depicting a pond, we never did find it. So: no pond,* no wife, no camera; but at least I still had Saya. Dear Saya, thanks for staying back with me.

*No pond because the East Coast was experiencing a drought, and the “pond” was indeed there, but empty.

Hmm: no camera, no wife. The wife wasn't so important I reasoned, and that eventually we would meet back at the car. And – oh well – so much for recording the Arnold, and I would continue to enjoy the park without purpose. Near the Hunnewell Visitor Center Saya and I took an obscure narrow path through the trees, and to our astonishment there was Haruko and Harumi walking towards us. What a miracle, how impossible! I scolded Haruko – “Don't ever abandon me like that again!” As to the backup camera I discovered that it had no power. I was too casual and I should have checked it before. Was I in a dream? I finally made it to the venerable Arnold Arboretum, then find that I am paralyzed. Last week I had a dream that I was searching for my car at night at my daughter's school, but it just wasn't there. I was sick with worry. Then, still in my dream, I realized that I couldn't find my car because I was in my car. Relieved, I woke up.

We arrived at the Hunnewell building which I had seen before in photos. It was designed by architect Alexander Wadsworth Longfellow Jr. – what a great name – and was constructed in 1892 with funds donated by H.H. Hunnewell. Harumi wanted to take my photo in front of the building with her cell phone. Hey, wait a minute, we have a camera after all!

I'm not a gadget guy, not at all, and I trusted Harumi with her phone camera better than myself. Actually we had fun. I would direct her into position while looking at her screen...wait for the large Indian family to pass...ok, take it. I thought we did particularly well with a beautiful Phellodendron amurense, the Amur cork tree from northeast Asia. 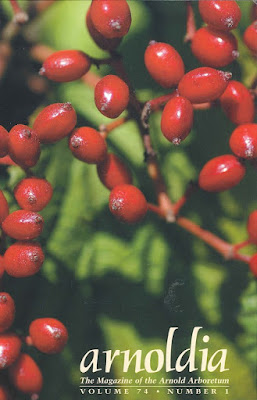 Overall, though, my photos don't do the Arnold justice. I subscribe to Arnoldia, the magazine of the Arnold Arboretum, and it often contains outstanding photos of their collection, especially since they can take them at all seasons. Well, we had a train to catch, and our brief stint would have to suffice. Our New York/Massachusetts trip was wonderful, and all four of us will have lifetime memories.

Below are a few more plant photos from the Arnold... 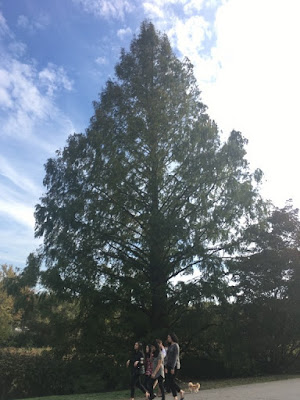 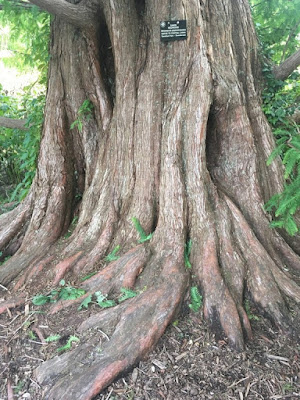 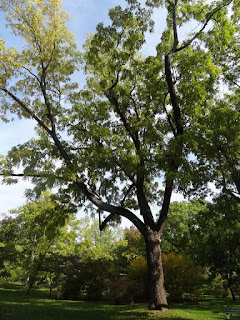 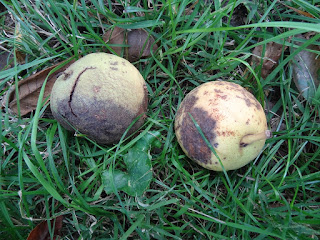 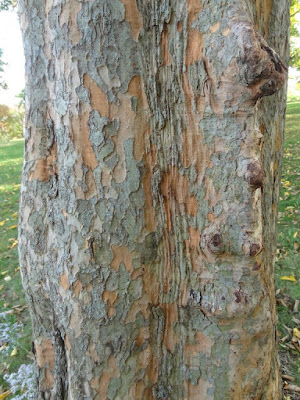 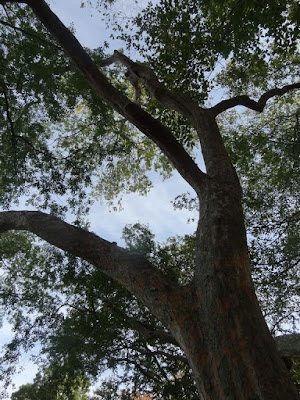 Posted by Talon Buchholz at 1:39 PM