We have a Buchholz photo contest winner! The photo of Arisaema sikokianum received the most votes by far – which surprised me – and Marina M. was selected from that group. She will receive her prize in a few weeks, and actually I wish that she, or a past winner would post a comment on the Flora Wonder Blog that you actually received your photo...as proof that old Buchholz really does keep his word. 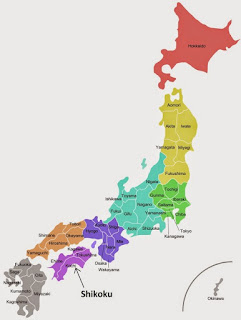 The photo was taken a couple of months ago at the Rhododendron Species Botanic Garden in Federal Way, Washington. Sikokianum is my favorite Arisaema species, but they always seem to grow better in another garden than they do in my own. The species is named for its locale of Shikoku, the smallest of Japan's four major islands, and it prefers a woodland setting with cool, moist, humus-rich soil, and all the better under dappled shade.

Commonly called "Jack-in-the-pulpit" due to the erect spadix over-arched by the spathe, resembling a person in a pulpit. Arisaema belongs to the Araceae family, a large group of rhizomatous or tuberous herbs of about 1,800 species, and is a cousin to Amorphophallus titanum, the giant stinker with a most appropriate name.

Thanks for all who participated; it didn't cost you anything, and it's fun to see my world through your eyes. And thanks to Seth for making it possible in the first place.

Posted by Talon Buchholz at 1:32 PM