It is not free when I take a photograph in the sense that I could be doing something else to benefit Buchholz Nursery. Then I pay Seth a boat-load to archive them, and believe me that he is a couple thousand behind, as photo projects are always second to the shipping of plants. 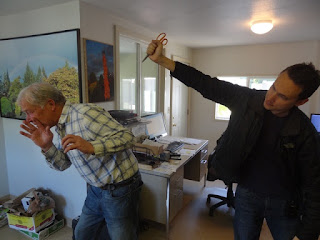 Seth is so consumed this month with shipping that when I mentioned another Flora Wonder Blog he picked up the scissors and came after me. Eric restrained him and eventually he calmed down. Later he apologized and allowed that we could squeeze out a blogette.


One former customer bought maples from me for many years, and I allowed her to use a few photos from our library, reasoning that if my photos could help her to sell maples then she would buy more from me. But she stopped buying from me altogether in 2009 because maples were being dumped at half price by other growers who were in financial trouble. I couldn't blame her; buy low, sell high. But then she had the audacity to request about 100 more photos...to help her sell other growers' plants. So after 20 years of accommodating her “special” requests, I banned her from Buchholz Nursery. There is no known cure for ignorance of her sort.

Often plant publications request to use our photographs. I'm always nervous because they can be depicted in ways beyond my control. Even the venerable Timber Press has screwed things up in the past. We finally came up with a photo policy where the publication had to sign off on our terms and conditions, one of which was that no photo can be cropped. 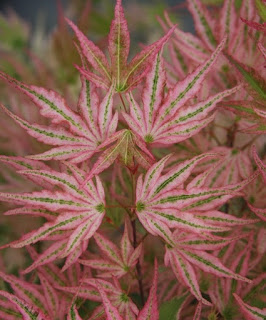 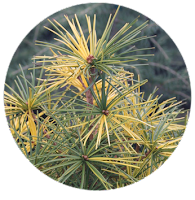 
Fine Gardening magazine of Taunton Press, a bi-monthly publication of about 80 pages – which takes me about five minutes to digest – agreed to our terms for their “new plant” issue. They wanted to feature Sciadopitys verticillata 'Mr. Happy' and Acer palmatum 'Ikandi'. Well, what do you know? They broke their agreement by cropping both photos, even rendering the photo of 'Mr. Happy' as useless. My mind instantly went to my attorney, but he charges $350 per hour. I suggested to Fine Gardening that the least they could do was apologize and feature the full-sized photos in the next issue. They did not.

Fine Gardening's editor, Steve Aitken, should be ashamed of himself, but I am sure he is smug in the assumption that he is bigger and more important than old soil-grubber Buchholz. I wrote to him, “Because of the breach of contract you are not allowed to use any of my photos ever again. Don't bother contacting us for future photo use since you cannot be trusted.” 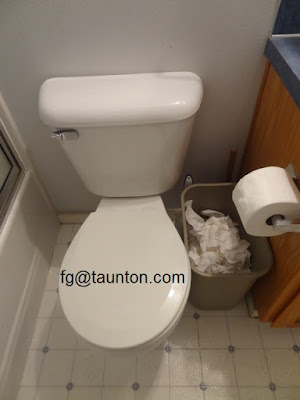 Fine Gardening, like some worthless employees and customers, was not just canned but was shit-canned. Mistakes happen, I know, and I hold no one to perfection. But what defines you is what you do about it. Aitken's non-response reveals that he is limp of moral fiber. No one has ever told me that I cannot be trusted. By the way, their email is fg@taunton.com.

I still haven't ruled out my attorney's involvement.

Posted by Talon Buchholz at 2:51 PM