Yesterday's 100 degree day was far more muggy than usual, but those of you in USA's Midwest and East Coast would trade Oregon's normal summer weather for what you experience every year (in a heartbeat). It has even been said that if Plymouth Rock was located in Oregon, no one would have ever migrated east. This morning I commented to my wife that "the atmosphere was pregnant," for it was more cool, but still muggy and impending. "What?" she exclaimed, wondering if my "pregnant" was a joke set-up, and was I then going to deliver the punchline. I explained that I meant things were developing, that something was going to happen. "Tell me then," she asked, "is this pregnancy thing something I can tell to my friends?" Haruko is Japanese, and although everyone loves her, she still struggles with the English language and our customary sayings—well, mine anyway. She is now particularly timid because our eleven-year-old teenager calls her out on everything. Due to her insecurity I suggested that no, don't tell your friends that the atmosphere is "pregnant." 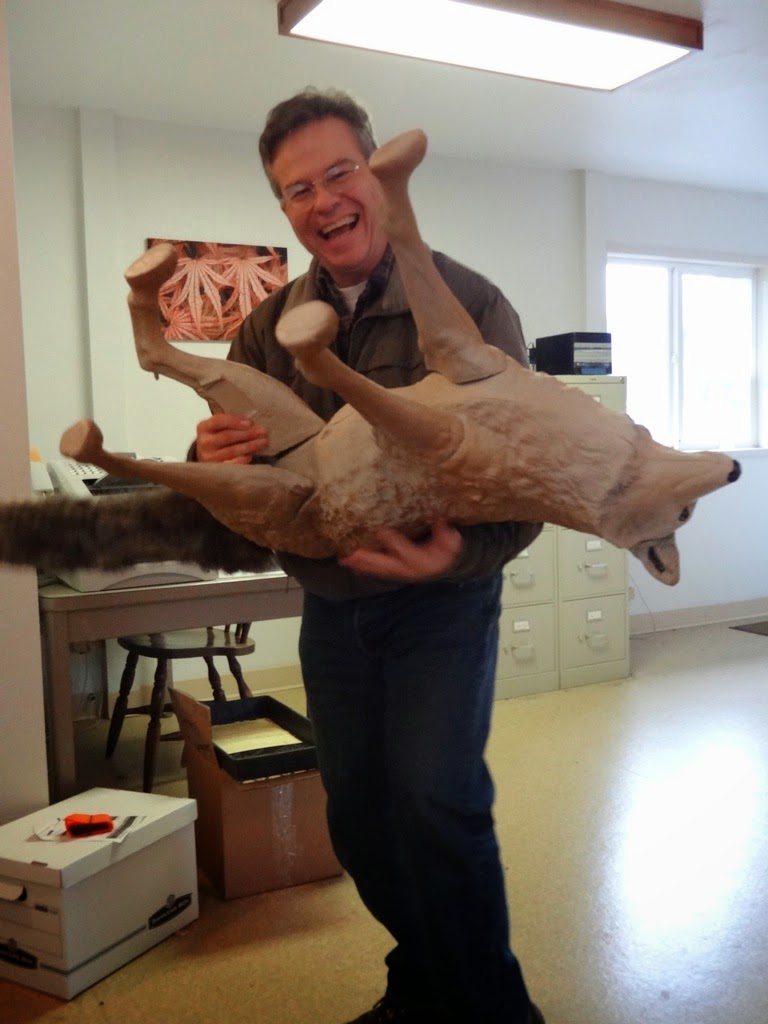 Eric Lucas, our Office Manager Plus, is not some robotic functionary here, but rather a real, live arm-pit-sweating guy who not only takes care of the invoices and payments, but also contributes to our "alpine plant" program. Eric said, "it's strange, today's weather is weird." We both smelled something in the air. Sure enough big droplets began to fall and we finally felt relief from our sweltering summer. Maple branches were hanging low in the Display Garden and I had to duck in places, making mental note that we would have numerous pruning tasks this fall.*

Meanwhile Eric went back into the office, still holding his pet coyote. 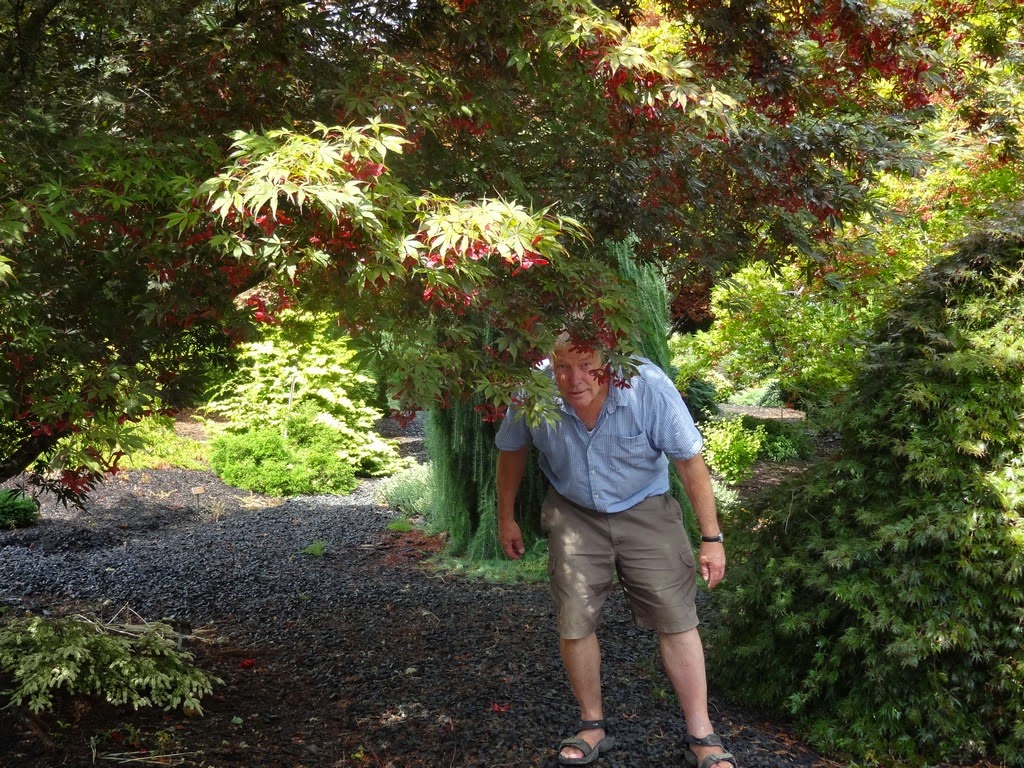 *We don't adhere to the "wisdom" of pruning at the "correct" time only, rather we do it when we have time. 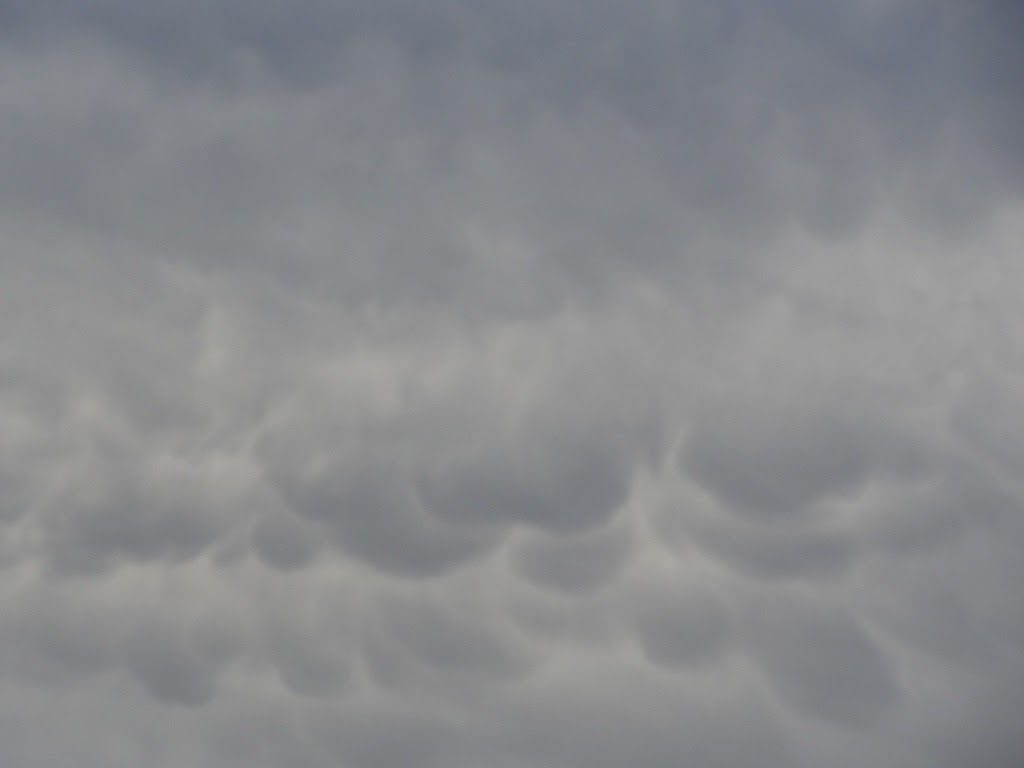 So it rained, and at times heavily. A musty, earthy scent greeted me in the garden. It's petrichor, the smell of rain on dry earth, is a term derived from Greek petros for "stone" and ichor, "the fluid that flows in the veins of the gods." This petrichor (pronounced petri kur) is a word first offered by two Australian scientists – I.J. Bear and R.G. Thomas – in 1964. In a nutshell, they found that the smell derives from an oil created by some plants during dry periods, which is then absorbed by soil and rocks. Upon rain, the oil is released into the air along with other Actinobacteria. I assume that the odor would be different in Australia from that in Oregon, even if the same group of plants was rained upon.

Rain contains droplets of water that can travel a long distance. Your nose is equipped to detect this even before the full shower arrives. Dogs are famous for what they can smell of course, and it can range from impending snow to cancer. It is said that humans can recognize at least 10,000 different smells, due to receptor neurons lining the nose, with each encoded by a specific gene. Our August storm also contained thunder and lightning, and so it included the smell of ozone (03, from Greek ozein, to "smell").

One of the most fascinating of films ever – I saw it three times – is Werner Herzog's Cave of Forgotten Dreams, a 2010 documentary about the Chauvet Cave in southern France, which was rendered in 3-D. The cave contains the oldest human-painted images known, and the quality of the animals depicted is equal to any work of art ever since. In one scene, outside of the cave, an old man is walking along a trail in the French countryside. He pauses now and then to sniff the air, then continues. We learn that he is a retired perfumist, so he obviously has a well-developed sense of smell. He was searching for possible cave openings, as the odor would vary from the surrounding atmosphere. I don't know how successful he was, but I find it amusing that a Frenchman is searching for caves with his nose.

Our August downpour was a joy, replete with the earthy smells, just as in India when the arrival of the monsoons alleviates the built-up tension of hideously hot temperatures. I'm not the kind of guy who would dance around the garden in the nude, but it kind of seems like fun.

Posted by Talon Buchholz at 9:25 AM